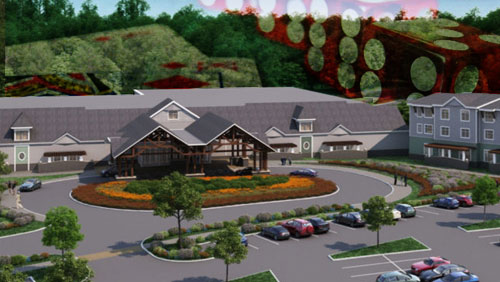 A Rhode Island town, divided by hotly contested casino vote, has started to mend its wounds.

Tiverton town in Rhode Island is pushing through with its casino plan after a town ballot, which aims to allow Lincoln, Rhode Island-based casino operator Twin River Management Group to transfer its license for the aging Newport Grand slots parlor to a new Tiverton casino, has been narrowly approved by voters on November 8.

The measure easily won statewide approval, but it passed by just 368 votes in Tiverton, which has a population of about 16,000.

Portland Press Herald reported that Tiverton officials face a daunting task to proceed with the plan without antagonizing those who opposed the measure.

“The town is deeply divided over this,” Tiverton Town Administrator Matthew Wojcik, according to the report. “It makes all of us who are appointed officials for the town traverse the roadway here with some caution. We want to make sure we’re accommodating the views of everyone.”

Based on estimates, Tiverton town is set to rake in $3 million a year from casino proceeds. It is also promised that the state will make up the difference if the casino proceeds incurs a shortfall. The state, on the other hand, will gobble up more proceeds from table games and video machines compared to what it took in from the Newport casino.

The Tiverton Town Council is set to meet this week to discuss the things that that the new Tiverton casino need to build its new gaming facility about 400 feet from the border with Fall River, Massachusetts.

Despite the pronouncement of Twin River Chairman John Taylor after Election Day that he plans to move quickly with the plan, casino proponents believe they will be facing tougher scrutiny especially since the new Tiverton Town Council will include some casino skeptics.

Meanwhile, former Republican U.S. Rep. Bob Steele of Connecticut, who went to Tiverton before the election to speak out against the casino proposal, hopes that Rhode Island will learn something from the experience of neighboring state.

“The fact is there is no evidence that casino expansion in any way, on a longer-term basis, helps a local economy,” said former Republican U.S. Rep. Bob Steele. “On the way up everybody cheers, ‘Look at all this money!’ And then on the way down the economics begin to fall apart. It’s a bad recipe for building a state’s economy and society.”