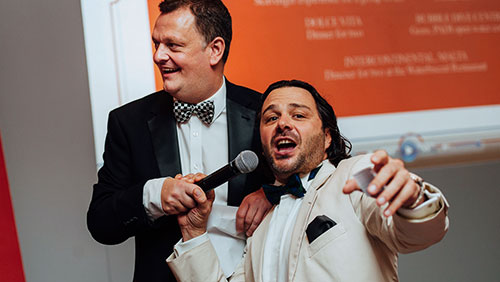 The third edition of SiGMA broke all records. The island has never witnessed an iGaming bonanza this spectacular, this successful: everyone walked out a winner. The organisers anticipated close to 3,000 attendees, with the final numbers edging 4,000, double last year’s numbers. This was clearly visible on the expo floor, which was extremely busy on both days.

The iGaming storm came to Malta on 16-19th November. The organisers behind SiGMA pulled off an impressive number of strategic partnerships, culminating in a much anticipated Malta Gaming Week, bringing the entire gaming community together; from affiliates and operators to regulators and vendors.

After receiving plenty of great feedback, this year’s summit saw some great upgrades, including the fact that over 300 affiliates flew to Malta for free, from the organisers’ own pockets. There are plans to reignite this idea with 300 fresh flights, but for new affiliates, thus injecting the show with “fresh attendee blood”.

Following last year’s overwhelming interest in conferences, the organisers switched to a bigger conference hall, with completely redesigned layout. Instead of standard theatre style setting, the room was set up cabaret style, with round tables, giving the attendees a better opportunity for discussion and networking.

Free standing lunch for all the delegates was also introduced on both days. It gave the attendees more time for business during those busy days.

The BiG Charity Dinner was brought to SiGMA for the first time as well, one day before the exhibition officially opened. It was a fantastic night of sports stories and brilliant entertainment, simultaneously raising money to enhance the quality of life of injured, sick or terminally ill individuals around the world, with a focus on the healing power of sport.

First edition of Malta Gaming Awards was held together with the BiG Foundation Dinner at the InterContinental Ball Room. 6 winners were chosen in the following categories:

Among the other new events introduced during SiGMA16, the SiGMA Startup Pitch, brought together nine startups and seven investors under one roof. With so many investors wanting to join the gaming scene in Malta as well as worldwide startups, there’s never been a better time to launch this session. Real big names, including Morten Klein (Cherry Group), Ory Weihs (XLMEdia) and Carla Maree Vella from Optimizer Invest were among the investors grilling the start-ups.

Each startup had three minutes to present their project and then faced a seven minute session of Q&A from the investors and the audience in a Dragon’s Den-like environment. Despite initial fears, the format worked marvels, and not a single member from the audience was bored given fast paced session.

The winner of the first edition is Commologic, an innovative sports betting software provider based in Israel and licensed in UK, Malta and Denmark. Their first game, BetUP, the world’s first inplay betting cash tournament game, has recently gone live with Unibet and The Football Pools.

Preparations for SiGMA17 are already in full swing. The details on the next edition will be announced in early 2017, but booths are already selling fast. Stay tuned and check maltaigamingsummit.com for regular updates.