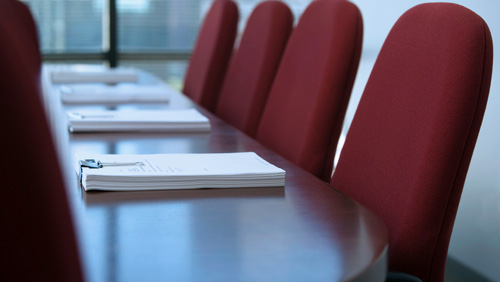 The Association of British Bookmakers failed to show up for the latest Fixed Odds Betting Terminals (FOBTs) All-Party Parliamentary Group (APPG) stating that it’s ‘nothing but a kangaroo court.’

The Association of British Bookmakers (ABB) stuck a big two fingers up to the Fixed Odds Betting Terminals (FOBTs) All-Party Parliamentary Group (APPG) after failing to show up at a meeting held on Wednesday.

The APPG was created to provide a discussion forum on the impact that FOBTs have on the local High Streets in the UK, and members who have paid £3,000 to be a part of the debates include Bacta, Hippodrome Casino and JD Wetherspoon.

The profile of the working group increased after the Department for Culture, Media & Sport (DCMS) announced plans to carry out a wholesale review of the impact of FOBTs. One imagines the work carried out by the APPG – who have been meeting since July 2016 – would have been of paramount importance.

Speaking of the ABB’s decision to boycott the latest meeting, Tracey Crouch, Minister for Sport, Tourism & Heritage said that the ABB “missed an opportunity” to express their concerns from a bookmakers standpoint. The UK Gambling Commission’s CEO, Sarah Harrison echoed those concerns. Harrison recently praised the government for conducting the review stating it was ‘an excellent opportunity for all those with an interest in gambling to ensure their voices are heard.”

In a quote taken from gamblinginsider.com the ABB responded by saying:

“We see no value in providing evidence to a group when the outcome of its inquiry has been pre-determined, and it operates as little more than a kangaroo court.


“The All Party Group is a club of anti-betting shop MPs, funded by amusement arcades and casinos with commercial interest in attacking betting shops.”

When you consider that items on the agenda were to lessen the £100 stake and reduce the number of FOBTS per bookie (currently four) you can see why the ABB might feel a tad aggrieved.

Despite the no-show, the ABB did come out in support of the FOBT review when the government showed their hand back in late October.

The next few sessions for the APPG are:

• Tuesday, 22 Nov: Assessing The Impact with the Responsible Gambling Trust and Strategy Board.

And one more to be confirmed

• Assessing the Impact – Testimony From the Bookmakers.

I wonder if the ABB will turn up at that one?