Home / Business / Raf Keustermans: Social Casinos Will be the Last to Adapt to Virtual Reality 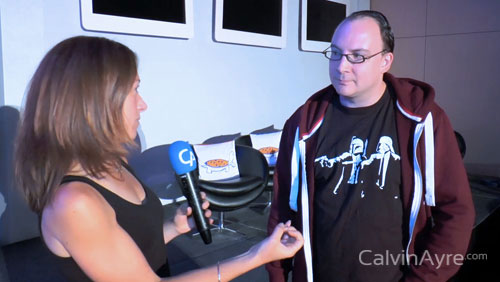 In this interview with CalvinAyre.com’s Rebecca Liggero, Raf Keustermans of Plumbee shares his thoughts on where the biggest opportunity lies for the virtual reality technology.

Virtual reality, which back then is just a science-fiction concept, has revolutionized games since enables players to explore and immerse within a three-dimensional, computer generated environment. Virtual reality makes games more engaging and appealing to the senses of the players.

That is why many gaming technology firms area adapting the virtual reality technology into gambling in order to give players a more fun, unique, and exciting gaming experience.

But Raf Keustermans of Plumbee believes that of all the gaming platforms available in the market, social casinos will be the last to adapt to the Virtual Reality games.

“It is very hard to say. It is so hard to predict, to break all these things. We are really talking about massive technological breakthrough. I said it before, I don’t think casinos going to be the first category that comes to when you are talking about VR (virtual reality),” Raf Keustermans told CalvinAyre.com “It might actually be that the question might be irrelevant in five, six, seven-years time. That’s the thing that the time frame we are talking about. We are not probably two years away, we are probably five, six, seven years before VR is mainstream enough that actually attracts such a wide audience and actually becomes relevant for casino games.”

One of the reasons why casinos will be the last to embrace the virtual reality concept, according to Keustermans, was the fact that the current device are quite expensive and quite elaborate. He also pointed out that the player demographics of social casinos tend to be 40-years-old and above.

Keustermans recognizes that elderly players tend to have a difficult and long time before they’ll be able to understand the use of the modern technology.

“We’ve only seen those people in Facebook in the last couple of years. So it’s quite unlikely that they’ll be the first movers in virtual reality,” he said. “They probably need a little bit more critical miles before social casino becomes commercially viable within the virtual reality context.”

For Keustermans, the biggest opportunity for virtual reality technology lies in the strategy gambling games that appeals to the younger demographics.

“The interesting about virtual reality is that everything is possible. You can basically recreate a complete new reality. In any context, you can play blackjack on the moon, or you can play slots while flying around,” Keustermans said. “You can create a game, where, instead of playing will let you run around in a roulette wheel or you are actually inside the slot game or you are part of the slot game or part of the story. You’ll probably have the main opportunities – either existing games that we already recognize and know today but in a completely different settings or completely new game which is really sky’s the limit.”