State-run Philippine Amusement and Gaming Corporation (PAGCOR) is passing up businessman Roberto Ongpin’s surprise offer to donate 49 percent of his PhilWeb stake to the government. 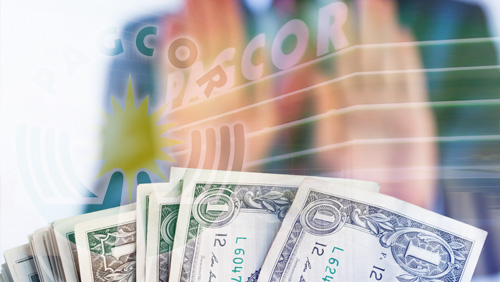 “The issue is not [Ongpin] or PhilWeb per se. It is the president’s and his government’s opposition to online and onsite electronic gaming because of the social ills and decay they foist on our communities as they cater to the more economically vulnerable portion of our population,” PAGCOR chief Andrea Domingo said in a statement, according to The Manila Times.

Last Wednesday, the embattled former PhilWeb chairman announced he will donate 49 percent of his 771.75 million shares in the gaming technology provider—a last-ditch attempt to save the Philippine-listed company after the state regulator refused to renew its operating license.

Ongpin said he made the offer to save the jobs of about 700 PhilWeb employees and the 5,000 others who are employed by PAGCOR’s operators in its network of 286 e-Games sites.

News of Ongpin’s offer caused PhilWeb’s share to rise by 35.38 percent, closing at PHP8.80 (USD0.19) on Thursday from PHP6.50 (USD0.14) in the previous day. But Ongpin’s hope was dashed—again—to the ground following PAGCOR’s snub.

Domingo stressed that Ongpin wasn’t singled out, but the state regulator “just had to start with PhilWeb, simply because its license had expired.”

“PAGCOR will deal with similar cases involving other parties accordingly,” she said.

Domingo said her agency was also looking into the activities of the special Freeport zones that license Asian-facing online gambling companies, causing even more uncertainty for the international online gambling sites licensed by the First Cagayan Leisure and Resort Corp under the Cagayan Economic Zone Authority (CEZA).

Under law, CEZA-licensed sites cannot accept wagers from Philippine residents, which should theoretically exempt them from Duterte’s drive to steer locals away from gambling. But an unidentified former PAGCOR exec told Reuters it was unclear “what [Duterte] really wants and what the endgame is.”