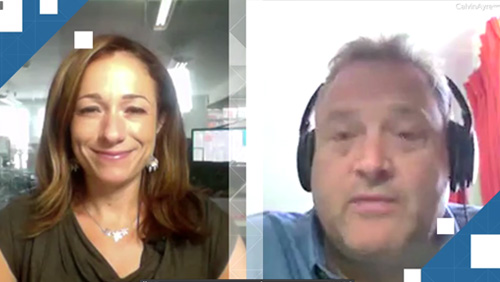 The online gambling industry has been talking about the potential of Bitcoin, Blockchain technology and other crypto currencies for almost five years now. We have yet to see Bitcoin classed as a conventional currency used among online gambling operators, players and affiliates, but we are certainly taking steps in the right direction.

The latest piece of good news we’ve had regarding Bitcoin and iGaming comes out of UK in the form of the Gambling Commission’s decision to add BTC to its list of accepted payment methods as of October 31, 2016.  While this news didn’t spread across mainstream media like wildfire, the Gambling Commission’s decision could be paving the way for Bitcoin and mixed fiat iGaming operators.

Jon Matonis, Board Advisor to Bitcoin payment processing company Cubits and Co-Founder of the Bitcoin Foundation amongst many other credentials, is one of the world’s leading experts in Bitcoin and crypto currencies.  Matonis has been a long-time advocate of Bitcoin and how adopting the currency can serve as a “competitive wedge” for online gambling operators across the globe.

What a number of gambling operators, players and affiliates fail to understand is using Bitcoin as a payment method is not as complicated as it seems, especially when working with payment processors such as Cubits.  In fact, its possible to receive a payout in Bitcoin as a player or an affiliate and convert it instantly into the fiat currency of choice, meaning you don’t even need a Bitcoin wallet or knowledge of how Bitcoin works in order to use it.

With such technology in place to smooth out the process, integrating Bitcoin into an online gambling business seems to be a no-brainer, especially now that established regulators such as the UK Gambling Commission are giving their blessing to the currency.

“We always point out when regulators do incorrect things, so I think its important to point out when they actually do something correctly. Classifying Bitcoin as a cash equivalent is the correct way to go on this”, Matonis told CalvinAyre.com in response to the UK Gambling Commission’s recent announcement.

One of the reasons why we’ve noticed a lull in the official acceptance of Bitcoin and other crypto currencies amongst iGaming regulators is because many of them punted the job off to financial regulators within their jurisdiction.  This of course is not the case with the UK Gambling Commission, an established regulator who has likely just set an example for other regulators to follow.

“They’re putting the burden on the operator for internal policies and procedures to make sure that in accepting Bitcoin and processing other cash equivalents that they’re not treating them any differently than they are treating fiat currency.  This is the correct way because a lot of the deployments have been hampered by regulators trying to go to the financial services regulators and then they get stalled there, so they end up having no activity”, explained Matonis.

He continued, “This is a way for the Gambling Commission to say we’re tackling this on our own, we’re not pushing this into the financial services regulator and we’re placing the burden on the operator to make sure they’re still in compliance.  I think this is going to be emulated by other jurisdictions – Malta, Gibraltar, Isle of Man- so it does put the UK in a good leadership position for providing these guidelines”.

We’ve been waiting for iGaming jurisdictions such as Malta to adopt an official stance on Bitcoin for several years now and this move by the UK Gambling Commission will hopefully create a domino effect for the other jurisdictions in Europe.

“I think they will have to wait for one or two quarters to wait and see what happens in the UK after October 31st, but I think this news is most encouraging, not so much for the Bitcoin-only casinos, but for the top five, top ten mixed fiat operators where they have been looking at integrating Bitcoin but they weren’t sure and this now provides them something within the context of and the framework of the regulator to be able to go ahead and do that”, Matonis said.

As Matonis points out, there are plenty of Bitcoin-only casinos that have found success and the bigger, mixed-fiat operators are noticing the activity and beginning to understand why adding Bitcoin to their currencies would give them a competitive edge.

“Just like we predicted several years ago Becky, this is going to start being a competitive advantage for certain operators and it makes sense because it’s the ideal digital casino chip and people are going to start to recognize that which means that the Bitcoin-only casinos will now not just have competition with each other, but they’re going to start seeing competition from the mainstream online casinos and that’s where it really gets interesting”, said Matonis.

Bitcoin-only casinos successfully operating in unregulated markets have provided the perfect “testing ground” for the appetite in the iGaming market and have served a great purpose for the industry.  As we’ve covered before, strict regulation is not the answer to everything, for example it can actually inhibit innovation.  In this case, the “free” environment in which these Bitcoin-only operators have been operating in have allowed them to influence the moves of established iGaming jurisdictions such as the UK.

Matonis added as additional food for thought, “but I think one of the overall trends that I’m very optimistic about is that we’re not using money as a method of tracking identity. The regulated casinos have enough methods for tracking identity and the money doesn’t have to be one of them”.