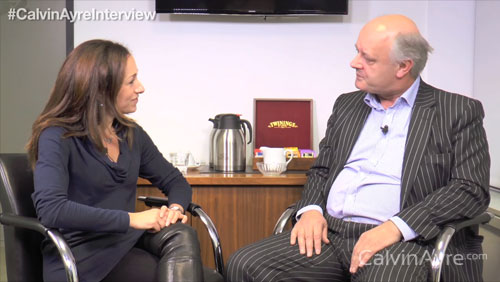 The first time I heard about Bitcoin was when I helped set up an interview with Roger Ver and Eric Voorhees for one of our reporters at the Social Gaming Asia Summit 2012.  Ever since that day I started following the Bitcoin industry, purchased my first Bitcoin at the Bitcoin London Conference in 2013 and have been enjoying the bumpy ride ever since.

Only recently did I realize how many crypto-currencies in addition to Bitcoin there are in existence.  I remember several years back Eric Benz emphasizing Bitcoin is just one of many products built on blockchain technology and now blockchain tech has moved into the spotlight and inspired a wave of innovation.

My knowledge of exactly how blockchain works is basic, but what I know for sure is this technology is what’s going to change the world, not necessarily a crypto-currency such as Bitcoin.  While I’m still a Bitcoin fan, my focus has shifted to blockchain, especially after watching the “Century of iGaming” panel at MiGS during which Calvin Ayre and Mark Blandford spoke on the subject.

Blandford is the Founder of SportingBet, a Partner in Burlywood Capital and in general regarded as a pioneer and well-known investor in the online gambling industry.  Just recently Blandford has decided to dip his toe into the blockchain world by investing in Coinsilium, a blockchain technology incubator.

“I think I made the same mistake that a lot of people made in thinking that Bitcoin is about Bitcoin- it’s a virtual currency and its just a new methodology to produce a virtual currency. And then I got to understanding that there is actually a new underlying technology behind Bitcoin which actually can enable a number of other applications. So I became interested then in the underlying technology”, Blandford said.

Blockchain is the technology underpinning crypto-currencies but as Blandford pointed out, there are a many other applications for blockchain and this technology has the ability to “transform” a number of industries.

“We’re talking about registrars that are distributed and as a result of that things like stock exchange type, betting exchange products, and even things which I’ve discovered, countries like Hondoras, for example are looking at putting their whole land registry on top of blockchain technology, which would basically leapfrog a whole line of technology because we’re talking about a country that has had the old fashioned hand written ledgers for their land registry in the past”, said Blandford.

The concept of blockchain is a difficult one to grasp and it can be a challenge to “convince” regulators, consumers and others of its integrity.  Blandford believes trust won’t be an issue once the big industries adopt the technology.

“When companies like major high street UK banks are all getting involved with it, when the London stock exchange is already using it, I think the trust comes from the points of reference to these large, very trusted brands in their own right already using and starting to use this technology so I think it can be a referral trust as opposed to ‘I understand from top to bottom’”, he said.

Banks around the world are already spending time and money studying blockchain tech and figuring out how to integrate it into their systems.   Blockchain tech has the potential to revolutionize the banking industries due to significant cost reduction, compliance and simplifying back office operations.

“I think its going to take away potentially a lot of [the banks’] existing operating cost structures because this direct communication channel which is going to create these unique audit trails, for example, for consumers to pay bills will be less labor intensive in back offices. So I think there’s an application there”, shared Blandford.

He added, “I think bitcoin originally was adopted by liberalists who saw this as some sort of revolutionary way of making payments without big brother watching them.  In actual fact, I think this unique technology with the unique identifier code is going to do great things in terms of anti-money laundering where everything is going to be auditable and traceable in a far more transparent way then has previously been the case and I think that’s another great point, a compliance point really, for the banks which also interests them”.

Clearly a believer in the innovation behind blockchain, Blandford’s decision to invest in Coinsilium is an understandable one.  Coinsilium is currently advising about a dozen companies who are working in different applications in and around blockchain, including support industries to blockchain.

In response to his involvement with Coinsilium Blandford said, “I would regard that as a toe in the water, it’s a way to get exposure to some of those underlying companies and then a bit like a stock picker on the stock exchange, you’ll start to probably take a bigger position with the companies who you feel are looking more likely to deliver on their market opportunity”.

The online gambling industry has had its eye on Bitcoin for three years now but according to both Blandford and Ayre, the message here is that the focus should be on blockchain technology as opposed to just one of the crypto-currencies it underpins.