The growing number of New Jersey residents opposing the construction of casinos in the northern part of the state has been troubling State Sen. Stephen Sweeney lately. 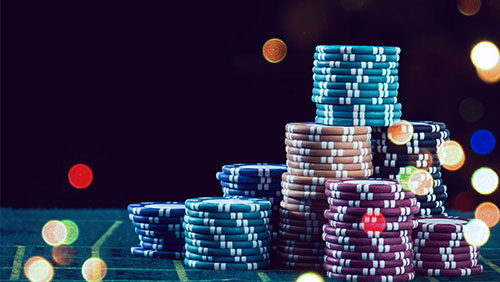 After winning a bruising political battle this year for a November 8 ballot referendum, North Jersey.com reported that Sweeney is “disappointed” at North Jersey casinos supporters for sitting idly on the sidelines as they watch their numbers fade even before the voting day arrives.

A poll conducted by Fairleigh Dickinson University PublicMind in June found that 58% are opposed to allowing casinos in the northern part of the state. A Monmouth University poll in June showed equal levels of support and opposition to the ballot question

“I think they sat back way too long,” Sweeney told The Record’s Editorial Board of the effort to persuade the public to approve the statewide ballot question, which the news agency quoted. “I’m really disappointed that people haven’t stepped up sooner. I always tell people, when you’re running a tough election [campaign], you don’t win it in September. You win it in February. You have to build up positive energy.”

With less than four months to go before the electorate troop to the polling stations, businessmen like Meadowlands Racetrack operator Jeff Gural and Paul Fireman, the former Reebok chief executive who seeks a multi-billion dollar casino and spa project in Jersey City, had started their “Our Turn NJ” campaign with hopes that it will get more attention that it needed.

“I don’t know how aggressive they are going to be, but if they are wise they will invest heavily,” Sweeney said of the supporters of the casino measure, which would permit casino bids of $1 billion or more in a region from New Brunswick north to the state line.

Asked if he is optimistic about the success of the casino measure, Sweeney said, “Looking at polls? No. Hoping? Yes.”

In an earlier interview with the Wall Street Journal, Assemblyman Ralph Caputo pointed out that the New Jersey residents are distracted by other issues that is closer to their concerns – such as a pending proposal to raise the state gas tax to fund transportation projects.

“I’m very disappointed that it’s not getting the attention that it should,” said Mr. Caputo, a Democrat from Essex County who supports expansion.

The Press of Atlantic City reported that the Gural-Fireman tandem released a television and radio ads that focuses on senior citizens, who will be the beneficiaries of the collected tax revenues from these new casinos.

“New York and Pennsylvania have stolen billions of our gaming revenue, robbing us of dollars to fund programs like Meals-on-Wheels and the property tax freeze,” a woman says in the ad, which was quoted by the news website. “Vote yes and support gaming expansion in Northern New Jersey to protect our seniors.”