Betting giant Betfair is through with testosterone-induced marketing campaigns. 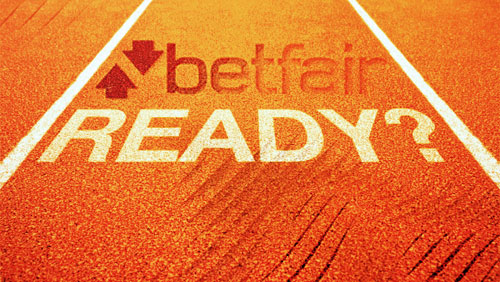 In a bit to change its image to that of a more credible brand, the UK sportsbook has decided to move away from “laddish” advertising with a new multi-channel campaign—a first for Betfair—that aligns the company’s core brand communications with wider sports engagement.

The recently launched campaign, titled “Ready?,” does away with the traditional promotional messaging of odds or player and match bonuses in favor of showing moments of anticipation around sport.

Betfair marketing director Paul Gambrill told Marketing Week that they wanted to change advertising directions because “too many brands are doing laddish advertising.”

“Everyone is using groups of guys in their ads. We have tried that too—we’ve had ads with guys sitting on sofas, and they performed well in the past. We now want to go to a place where nobody else is and push boundaries,” Gambrill said, according to the news outlet.

And so with its new ad, Betfair takes on a more mysterious and dramatic tone—showing different athletes in training and preparing before a match—rather than a usual set-up of men hanging out.

In a statement, Gambrill explained the idea behind the ad, saying: “We think this is a big idea that captures the anticipation of sport and betting at its best. The time is ripe for a fresh approach to communications in this market and suffice to say—we’re ready.”

There’s just one small problem: Betfair, who is merging with rival Paddy Power, may find itself in a tricky situation since Paddy Power is known for incorporating laddish humor in its campaigns. In fact, the sports betting operator has gotten in trouble with the Advertising Standards Authority several times in the past.

Despite his earlier declarations, Gambrill said “there is a place for laddish humor,” as long as “it’s timely and relevant” and “done very well.”