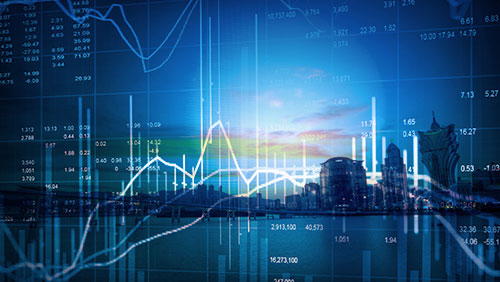 Market analysts have cautioned investors from riding the short-term rallies seen in the shares of Macau’s casinos in the past few days, warning that the sector remains to be a risky bet.

Sands China shares rose 6 percent on Tuesday, the most in four months, meaning the stock has risen 19 percent this month. The euphoria over Sands China’s positive data spilled over to other gaming shares, sparking an overall rally in casino stocks in HongKong.

Comments from Sheldon Adelson, chairman of Sands China, that Macau gaming sector’s “stabilization appears to be here” has also sparked a buying frenzy in casino stocks.

Morgan Stanley equity analyst Praveen Choudhary, however, believes that it is still premature to celebrate the recent stock rallies as difficult conditions within the city’s hard-hit gaming industry still persist.

He further described the Macau casinos’ stock gains over the past days as “unsustainable” given that “the fundamentals have not improved.”

Choudhary, an equity specialist at Morgan Stanley, has noted in a report that the short-term rallies seen in the sector over the past three days “are unsustainable, as fundamentals have not improved.”

Victor Au, chief operating officer at Delta Asia Financial, shares Choudhary’s view that it is too early to suggest any “turnaround” for the industry, saying that investors were getting carried away by the hype.

He pointed out that one-month’s growth cannot be interpreted as a “fundamental improvement in business”.

“The one-month growth in Sands China’s mass-market revenue was taken by investors as an excuse to speculate on the stricken casino players,” Au said, according to the news report. “Speculation can easily and successfully lift casino stocks, especially when the Hong Kong stock market is now on a rising trend.”

Au advises investors to wait another two to three months to see whether the Macau gaming industry is fundamentally improving or not.

“The performance of casino operators during China’s golden week holiday [around the mid-autumn festival] in October is critical to measure any improving fundamentals,” he added.

Adelson’s Macau casino posted a US$1.48 billion in total net revenues for the April-June period, a 16.4 percent drop on a year ago. Its net profit was down 39.0 per cent at US$237 million, both in line with market expectations.