Will Macau finally see the light at the end of the tunnel after three years of suffering from economic contraction? 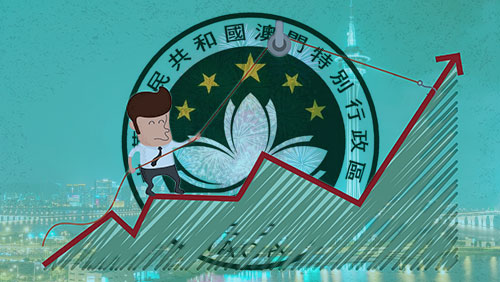 Macau Chief Executive Fernando Chui has made a bold prediction that former Portuguese enclave’s economy will rebound to growth in 2017 after a 25-month long gaming revenue drop, as its casino industry diversifies into mass market.

Gross domestic product in Macau plunged by 20.3 percent in 2015 from the 0.9 percent drop the year before, as the world’s largest gambling hub was hurt by China’s anti-corruption campaign that scared off high-rollers.

Chui, however, expressed optimism that the casino industry’s shift to attract recreational gamblers and tourists will buoy Macau’s ailing economy to growth by next year.

“Macau’s gaming industry and the whole economy will continue to adjust, but the decline may shrink to 7.2 percent this year and even resume growth in 2017,” Chui said in a televised session of the city’s legislature on Wednesday, which was quoted by Bloomberg. “It’s a good time for Macau to re-position after a 25-month gaming revenue drop.”

In May, the Macao Government Tourism Office announced that the government plans to rebrand Asia’s gaming capital to become the “world center for tourism and leisure” as it paints a rosy picture for Macau’s non-gaming sector on the backdrop of faltering casino revenues.

According to Chui, the state government is working with its six casinos – led by units of Las Vegas Sands Corp. and Wynn Resorts Ltd. –  to “improve synergies” between gaming and non-gaming pursuits as it tries to reduce its reliance on gambling.

Data showed that casino receipts dropped to June to the lowest level since September 2010, marking 25 consecutive months of declines.

He said Macau is now targeting to raise the proportion of casinos’ non-gaming revenue to 9 percent by 2020 from 6.6 percent in 2014.

If the current data will be the basis, there are some positive signs that the economy of Macau have bottomed out. For one, Sands China Ltd. president Rob Goldstein reported that June’s mass market revenue was up year-on-year for the first time since Macau’s revenue slide began two years ago.

“Stabilization appears to be here,” Adelson, who is also chairman of Sands China, said on a call with investors, according to the news agency. “We’re very happy that there’s one month that hit the bottom and we have no reason to believe that that’s not going to continue.”