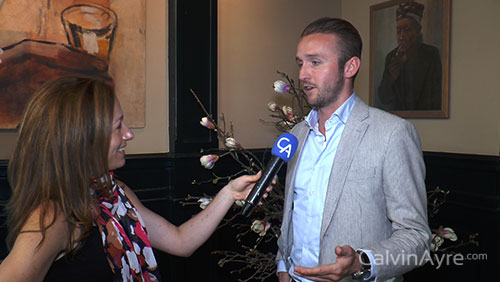 In this interview with CalvinAyre.com’s Rebecca Liggero, Tom Van Beem of BD Sport Europe tells us why Dutch players continue to play with or without online gambling regulations.

The Netherlands will start regulating online gambling in early 2017 following the ratification of “the Netherlands Online Gambling Bill early this month.

Before it received a rubber stamp from the Dutch Senate, the online gambling bill passed through the eye of a needle – navigating through a thorough yet heated parliamentary debate and a series of reviews and amendments from the Dutch Democratic and Labour parties.

The legislation imposes a 29% tax on both online and land-based gambling revenue, plus a further 1.5% to fund the activities of the Kansspelautoriteit (KSA) regulatory body and another 0.5% to fund problem gambling programs.

Many governments in the European Union and online gambling operators have hailed the newly ratified Dutch gambling law. Dutch players, on the other hand, doesn’t seem to care whether the bill was enacted or not.

Tom Van Beem of BD sport Europe explained that players have become tired of the whole online gambling regulation debacle, which has dragged through a rough road for more than two years before it has come to existence.

Beem pointed out that most Dutch players do not care whether the bill will be ratified or not. Instead they just want to focus their attention more on the product offered by gambling operators.

Even before the bill was ratified, Beem that between Netherlands have a 230,000 to 450,000 illegal Dutch players to date.

“Honestly, when you look at the numbers playing in the Netherlands, they don’t really care. On the other hand, when you regulate, you get more players of course. But the current players don’t care. If you remove the gambling apps or not, they still play.

There are betting operators, according to Beem, who have been trying to circumvent through the Dutch law in order to illegally publish their advertisements in affiliate websites.

Under the Dutch law, affiliate websites are not allowed to make any advertisements for betting operators. Should they be caught, state regulators will penalize the erring online gambling operator.

“There’s only one operator who was really strict in doing that. Unibet has removed all its advertisements because they are really keen on the Dutch license,” Beem said. “And there are Dutch named casinos but they don’t officially target the Dutch market, because affiliate websites do it for them. So it’s a really big gray area at this moment.”