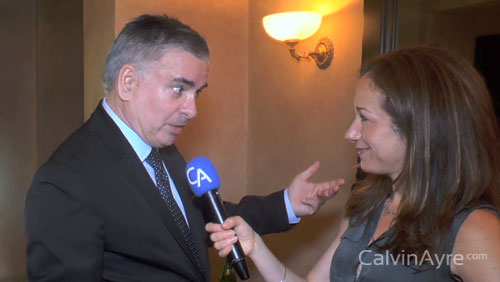 Brazil – considered as one of the fastest-growing major economies of the world – saw itself zooming up the economic competitiveness ladder in 2009, overtaking Russia for the first time, and partially closing the competitiveness gap with India and China among the BRIC economies.

The largest Latin American nation in terms of economy also was able temporarily take the title of world’s sixth largest economy from the United Kingdom after it posted an average annual gross domestic product growth rate of 5 percent.

Awash with money, Brazil didn’t see the need the help of the gambling industry to power the economy. In fact, then President Dilma Rouseff vetoed a bill passed by Congress that would have introduced legalized fixed-odd sports betting in the country.

She championed a legislation directed at the estimated eight million Brazilian gamblers using offshore sites. Under the laws, players can be fined from £400 to £40,000 for activity on unlicensed sites.

But the happy days for Brazil ended in 2014 when it finds itself falling into a recession.

While most people feel the pinch of the financial crunch, the gambling industry sees the recession as an opportunity it cannot pass up.

The once anti-gambling Rouseff soon had a change of heart about the industry as her government looks for ways to bring well-needed funds into the nation’s coffers due to the financial crisis. It was only a matter of time when Rousseff’s close associates push for the enactment of new national gaming initiatives to support the nation’s struggling economy.

In December 2015, A Brazilian senate committee has approved Bill 186 of 2014, which would authorize up to 35 casinos – one per state, up to three in larger states – while also authorizing video lottery and other electronic games, as well as online sports betting, casino and bingo games.

Three months after Bill 186 got the approval of the Senate committee, a House of Representatives committee approved an amended version of the country’s proposed comprehensive gambling legislation.

The way the bill is moving in congress and senate has made gambling operators like Osmar Moraes of Camara Dos Deputados hopeful on the growth prospects in Brazil. Moraes said that the bill is now in a very advanced position despite Rouseff’s impeachment in May.

“I believe that this project is of interest for online games. It gives everybody the opportunity to discuss the matter, the issue of gaming in a way with transparency and security for the market,” Moraes told CalvinAyre.com. “I believe that Brazil has special market to be exploited in this matter of online games.”

He expressed confidence that the bill will be up for a vote on September despite the recent amendments in the proposed law.

“The initial project of this bill, it doesn’t resolve the issue of the games. What I suggest is to take each and every type of game so it can be regulated properly, making it available to be exploited in Brazil,” he said.