Home / Casino / Tim Shepherd: India will be the next Macau 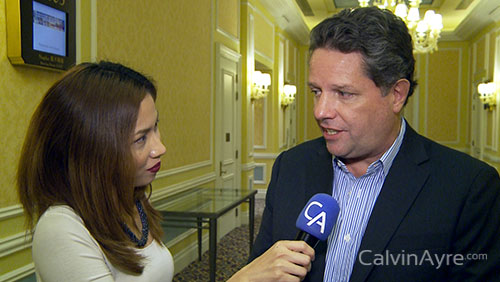 In this interview with CalvinAyre.com’s Stephanie Raquel, Tim Shepherd of Silver Heritage tells us why he thinks India is going to be the next biggest gambling hub in the world after Macau.

With growth prospects in Macau slowly dimming alongside hotel marquee signs decked with the word “welcome,” gambling investors are searching for a flicker of economic hope outside of this former Portuguese colony.

Most investors have opted to fly down to the Southeast Asian region to pursue higher profit margins, higher commission and rebates, higher profit share, and lower taxes.  But the region is getting more crowded for casino operators, who hope to replicate the success they have had in Macau.

What casino operators have overlooked was the fact that more than 2,000 miles away from Macau, India, a country powered by 1.2 billion people, has remained untapped and is already ripe for plucking.

In the Indian state of Maharashtra alone, economic research group Global Market Advisors LLC (GMA) predicted that the greater Mumbai gaming market could generate a total of $1.1 billion in gaming revenue in 2021, with a large majority of gaming revenue stemming from the local market.

Sharing this positive sentiment in India’s economic fundamentals, Tim Shepherd of Silver Heritage believes that India will be the next big gambling hub of the world given the size of its population and due to its vibrant economy.

“We think India is the biggest untapped market in gaming in Asia. So if you compare where we were 20 years ago in Macau, when there were only one or two casinos servicing HongKong people, we move then to where we are today, look at the capacity of this place, it is amazing,” Shepherd told CalvinAyre.com. “In India, we have the same sort of demographics, we have the same sort of GDP growth [as Macau].”

Unlike in Macau, Shepherd said that their business will focus more on the mass-market – which he estimated to be around 1.2 billion – instead of relying heavily on the junket business model.

He pointed out that their business will be marketed as a leisure resort and a luxury entertainment hub instead of a gambling establishment in order to attract what he described as “conservative” mass market.

“So in India, there already is a junket model [that is] very similar [to Macau]. We are not heavily relying on junkets. So we are building out of a mass-market type product because I think in the past we’ve seen here, that if you put much reliance on junkets, perhaps is not such a good idea,” Shepherd said. “And there’s a good tourist attraction in Nepal as a country. You have the Himalayas and Mt. Everest, as well, so we are co-promoting it alongside that.”

With only few competitors in the region, Shepherd has expressed satisfaction with his decision to invest in India.

“It’s a 1.2 billion people living in India and very few casinos servicing in that market, so we really like this market,” he said.