Home / Business / The impact of the Brexit vote on the iGaming industry: opinions from industry influencers 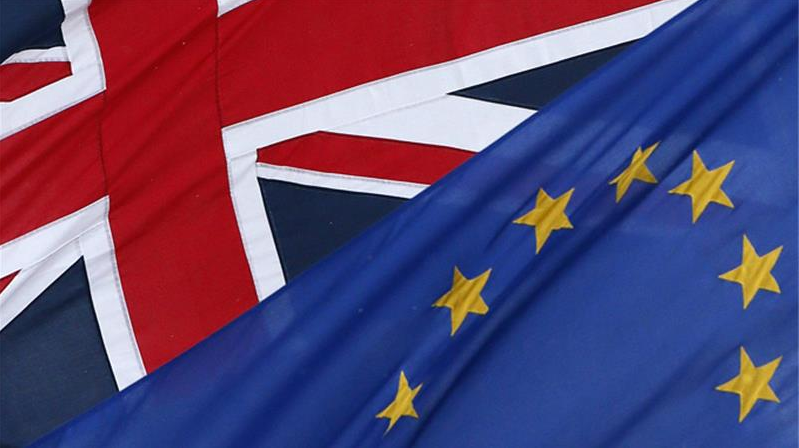 The UK’s decision to leave the EU has shocked millions around the globe today as they wake up to the news. Social media has been flooded with opinions, concerns, disappointment and a whole other range of emotions. Exactly how big the impact of this decision will be on the online gambling industry is still very much up in the air, but there will inevitably be some big changes in the future.

To get a feel for how the industry is reacting to the news, CalvinAyre.com reached out to a number of industry influencers this morning to find out their opinion on how the Brexit vote will impact our industry. Here is what we have learned so far.

“Brexit will clearly have an impact on the industry, particularly those operators who are licensed out of jurisdictions whose ability to trade with EU members could be affected by the vote. The larger operators tend to hold licenses both within the UK and EU member states such as Malta and thus are less likely to be affected operationally although in the immediate aftermath of the vote, the share prices of the listed operators have suffered. Those most affected will be those in jurisdictions such as Gibraltar, especially if they don’t hold dual licenses in EU jurisdictions as well, and I would expect to see an exodus of the industry from such locations. In the long term the operators will figure it out and make the necessary changes and the industry has a reputation for nimbleness and dealing with whatever has been thrown at it in the past. Thus, I think history will show this to be a blip rather than a mortal blow”. –Mark Blandford, Partner, Burlywood Capital

“I think it is too early to say what the impact will be on the remote gaming industry. There is a lot of uncertainty – mostly because it was not really expected. However, the uncertainly and potential impact may be greater in areas such as tax, movement of funds, people/staff rather than from the freedom of access to the UK market which is already severely restricted by the requirement of national license. We may yet see more re-structuring of the industry with UK interests as the new scenario unfolds. The UK is an important gaming market. There will be winner and losers“. – Joseph Cuschieri, Executive Chairman, Malta Gaming Authority (MGA)

“The Brexit vote will negatively affect Britain as a place to invest and set up as a head office for i-Gaming businesses. It will create uncertainty about future tax rates, inflation and economic prosperity and lose its appeal as an international centre able to trade and move employees freely with other EU Member States. Although gambling laws are already regulated primarily by the Member States, the EU has closely watched over actions and laws by Member States that obstruct the free movement of goods or services through monopolies or add anti-competitive technical restrictions in gambling laws and regulations. This lack of oversight in the future could allow the UK to pass laws protecting domestic gaming businesses”. – David Schollenberger, Partner, Head of Gaming and Leisure, Healys Law Firm

“The Brexit will have the greatest and most immediate effect on any Gibraltar based business which will now face great uncertainty. If Gibraltar remains under British control, there will be an issue with Gibraltar staff entering and exiting the boarder into Spain. If Gibraltar stays in the EU and falls under Spanish control, there may be a very complex issue regarding the iGaming licenses issued in Gibraltar. Brexit will also have an immediate effect on any listed business that earns revenue in sterling and reports in a different currency. Brexit may also impact cross border payment processing and data storage, but the impact on those factors will largely depend on the upcoming exit negotiations”. – Michael Caselli, iGaming Entrepreneur, Investor, Publisher & Conference Organiser

“Obviously it will take time, years in effect, for the changes to come into play. However all pan-European operators and suppliers will need to start putting plans in place now. Currency issues, employment law and regulation will all be effected hugely. And of course the future position of Gibraltar will be crucial. This may even effect the UK’s position at the core of the i-gaming industry. Britain has made a momentus decision and iGaming, as with everyone else, is stepping into a huge unknown”. – Phil Fraser, Owner, Focus Online Management Ltd

“The biggest impact outside of the UK mainland will undoubtedly be seen in Gibraltar. The Rock houses 30 or so gaming companies, including household names like 32Red, Gala/Coral, Mecca/Grosvenor, BetVictor, BetFred and William Hill. The industry employs some 3,000 people directly, and accounts for 20% of the small (Gibraltar’s official population stands at 30,001 as of 2012), British territory’s GDP. Many of those employees actually live over the border in Spain and travel into Gibraltar on a daily basis, taking advantage of the EU’s “Freedom of Movement of Workers” policy which was established by the Treaty of Maastricht in 1992. If – as Spanish Prime Minster Mariano Rajoy has already threatened – the Spanish Government start to enforce stricter controls on that border crossing once the UK leaves the EU, then those 30+ iGaming operations will be left with no choice but to relocate”. – Andy Blackburn, Owner/Director, GameOn

“Brexit is the biggest mistake the British have ever made and I do include letting the Americans walk away with all that real estate. The impact on the iGaming industry is still a major unknown and that’s the big problem At least two years of uncertainty and financial recession. Plus will it have a domino effect on other EU countries who may now wish to leave. We don’t have a monopoly on an embittered underclass seeking false answers in populism. At the very least it will mean visas and long queues at airports. Then it will mean difficulties in employing people. But most of all, with the potential of the EU breaking up, it will mean the resurgence of national governments and them wanting their State monopolies back. This is truly the day we all became a lot worse off and the idiots started taking over. I will see you next through the periscope of my bunker“. – Steve Donoughue, Gambling Consultant