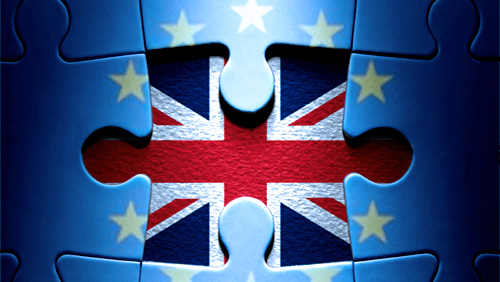 Washington DC (23rd June 2016) – On polling day, the Leave campaign has a three percent lead over the Remain campaign, according to a new Democracy Institute poll conducted during the final four days of campaigning.

This latest poll suggests that the referendum outcome remains very close, with support for a Brexit — Britain leaving the EU – at 50 percent, up from 47 percent in the previous DI poll last month. The Remain vote is 47 percent for the second consecutive month. Only three percent of voters are undecided.

“Leave voters have been heavily influenced by events during the course of the referendum campaign,” according to poll director Patrick Basham. The poll found, for example, that “the new migration statistics, which put Prime Minister David Cameron on the defensive, had an influence upon 28 percent of those intending to vote Leave.” Positive reviews for the televised performances of the principal Leave proponents – Michael Gove’s Sky News Q&A and Boris Johnson’s Wembley Arena performance on the BBC – each influenced one in ten Leave voters.

Nearly one in seven Leave voters were influenced by the so-called “Project Fear” campaign run by the Remain side. “The latest evidence that US President Barack Obama and German Chancellor Angela Merkel’s respective interventions on behalf of the Remain campaign may have backfired is the poll’s finding that these interventions influenced one in twenty voters’ decision to support the Leave campaign,” notes Basham.

The strongest media influence on Leave voters came from The Sun’s endorsement of the Leave position and the newspaper’s subsequent pro-Brexit campaign, which had an impact upon three in every ten of those planning to vote to end the UK’s EU membership. “Echoing the tabloid’s impact upon the outcome of the 1992 UK General Election, it appears that a Leave victory would owe a fair amount to the The Sun campaign’s resonance among working class, male, and older voters, especially,” Basham concludes.

The fieldwork for this survey of a randomly selected national telephone (landline and mobile) sample of 1,115 United Kingdom voters was conducted by the Democracy Institute’s polling unit from June 19th to June 22nd 2016. The survey was conducted via interactive voice response, in which recorded questions were played for randomly-dialled respondents and answers were given via their telephone keypads. The poll has a margin of error of +/- 3 percent at a 95 percent confidence interval. To ensure a representative sample, the results were weighted for key demographic and political variables including, but not limited to, gender, age, education, income, region, voting history, and mobile phone-only households.