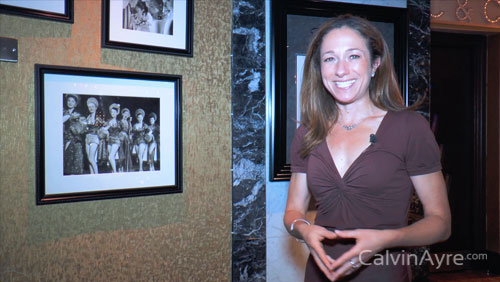 For the first time ever, GamCrowd organised a day of sessions for the iGaming industry during London Tech Week 2016. Today, June 21st, roughly 100 iGaming and tech professionals gathered at the Hippodrome Casino in Leicester Square to discuss the latest technology impacting our industry and technology being developed in other sectors that has the potential to influence ours.

The sessions were shorter than the usual fare, lasting from 15 to 30 minutes each. Topics included innovation and tech trends, blockchain technology, tech and the legal landscape, recruitment strategies, challenges facing start-ups in London, banking tech and trends, SAAS, personalization and more. Speakers were from inside and outside the iGaming industry, an intentional move by Chris North of GamCrowd who wanted to provide delegates with both experienced speakers and fresh perspectives.

David Sargeant of iGaming Ideas led the first panel of the day. Sargeant explained how his organization hand-holds start-ups from idea to revenue, helping them jump through the hurdles of integration, investing and regulation. The meat of the panel discussion covered how both start-ups and the iGaming industry in general are innovative as a whole.

Dominic Hawken of Grand Parade pointed to the sports betting industry becoming unrecognisable through changes such as in-play and cash-out. Will Mace, Unibet’s Head of Innovation, talked about how his organization engages the tech community in Stockholm and was hoping to replicate this engagement in London. Phil Graham, CTO of Gamesys, spoke about how innovation must be embedded in an organisations culture from the top down in order for ideas to get past the drawing board.

“Blockchain solves the ‘double spending’ problem”, said Travia. Blockchain is also good for transparency and allows for “smart contracts”, programs embedded on the blockchain, programs that can manage the whole gambling system. Security is also very strong, the power of the billions of computers protecting the blockchain are incredible Travia said, this power means nobody can hack the blockchain, especially the Bitcoin blockchain as its the most secure.

Vaziri made the point that blockchain technology brings regulatory benefits for iGaming operators and many operators now offering BTC are actually not regulated at all. “We don’t even know who are operating some of these sites, but the games are provably fair”, he said. Provably fair allows totally unregulated regulators to prove to their customers they are fair and don’t need a regulator, he said.

Garner made the point that when Oshi Casino was first launched the focus was on “provably fair”, but he realised customers are actually more concerned with a trusted brand name. Garner is also convinced as more Millenials become familiar with Bitcoin, casinos operating in the currency will become more mainstream. “I’m sure of it”, he said.

Gamevy is a young tech company in iGaming that has beaten the odds and succeeded as a start-up. Co-Founder Helen Walton delivered an entertaining presentation describing how her team overcame the many challenges of setting up shop in London.

Her first point was simply having an idea is not innovating, every company has thousands of ideas, rather “it’s how you choose the right idea to focus your resources and finances in”, she said. Once the right idea has been determined, there is still no guarantee of success. “Most innovations are either crazy successful or dead and it’s really hard to know which in advance”, she said.

One of the main challenges is regulation, providing a high barrier to entry in iGaming as companies can’t test their product in real money without having their games fully compliant. To overcome this challenge, Gamevy started off as a B2B supplier and moved into the B2C space once their games had been “tested” and tweaked in the B2B market.

Walton’s main message was innovation in this industry as a start-up is really hard- prioritisation is incredibly difficult and her team had to make some painful decisions along the way, but certainly all the hard work has paid off.

At the conclusion of the event, before delegates went downstairs to the Hippodrome’s Lola Bar for post-event networking drinks, we caught up with organizer Chris North of GamCrowd. North confirmed he was pleasantly surprised with today’s turnout and believes there is a need for an event focusing on tech within our industry. He emphasized the importance of bringing in experts from other industries to talk on their latest tech, such as blockchain experts, plus the importance of educating other industries on the advanced tech the online gambling industry has to offer.