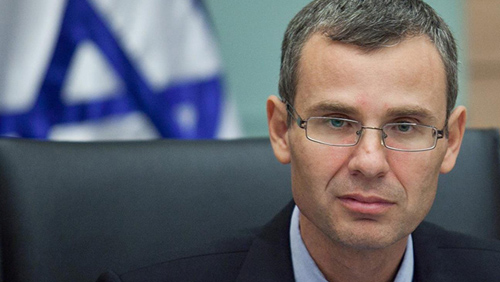 Yariv Levin is on a mission to keep the ball rolling for Israel’s first casino.

The tourism minister reportedly met with a committee of government officials on Wednesday to discuss options for setting up a casino complex in the southern city of Eilat, located close to a proposed international airport, according to state news outlet Times of Israel.

The committee, made up of directors of the Prime Minister’s Office and the Ministry Ministray, the mayor of Eilat, and other top ministry officials, had a self-imposed deadline of three months to come up with a memorandum for a bill that will pave the way for a casino resort in the port city, according to the news outlet, quoting reports from the Army Radio.

The memorandum will include the locations for the casino compound, the conditions for license approval, as well as the entry limitation for local residents. The officials also want to hammer down the limits on bets, the number of visits each person can make, and the amount of time they can spend inside the casino in one stretch.

Casinos are illegal in Israel, but the government—courtesy of Prime Minister Binyamin Netanyahu—has been flirting with the notion of developing integrated resorts. Netanyahu, in particular, has been pushing for a casino in the country, initially during his first term as prime minister and then again as a finance minister several years later.

Levin told Army Radio that having an integrated resort “is an essential process” needed to “compete in the world of tourism.”

“The casino isn’t the goal—it’s the means,” the tourism minister told the radio station.

So far, two casino proposals are already on the government’s table: the first will have casino gaming options introduced to hotels in Eliat, while the second proposal would see a new large scale venue built on the site of the airport located in the coastal city.

The tourism ministry, however, is eyeing two to four casinos, which would also feature an adjacent conference center and a high-class hotel.