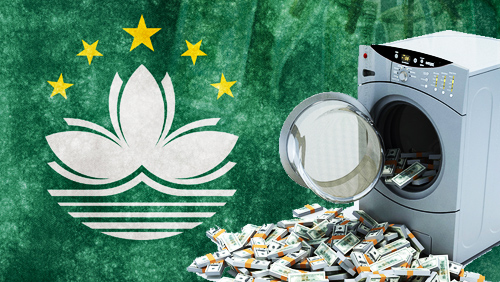 It turns out those “helpful policies” that Beijing promised to enact in order to help Macau were just more anti money laundering regulations. They are all directed at the VIP segment. The announcement of these helpful policies are what catalyzed Wynn into forming and holding a double bottom in October and January at $50 a share. The hope that these policies would somehow loosen the stranglehold that Beijing has on the junkets are behind Wynn’s doubling in price since then. But since that doubling, Wynn’s VIP turnover has dropped another 21.4%, quarter over quarter, and this after dropping over 50% from 2014 to 2015. There is no reason for Wynn to double under these conditions, and risk-oriented investors can now short it.

Most of the new regulations are not good, but one part is. I admit I did not read the original release by the Gaming Inspection and Coordination Bureau and am relying on secondary sources here as my Portuguese and Chinese are not up to par. In fact, I don’t even know a single word in either language, which in itself does take a fair amount of talent. The good part is also quite revealing for who it is directed at, and that is “politically exposed persons”. Sources say that covers government officials, state-owned company executives and communist party operatives. Forbidding tax-receiving lawmakers and beneficiaries of forced monopolies from moving money around is a good thing, if not for business then for the sake of (very loose) justice. The more interesting part is that if Beijing is tightening its regulations against state officials and their cronies, that means that much of the money laundering is being done by them, which I think is the dictionary definition of chutzpah.

In other words, Macau money laundering may be functioning primarily as a filter so that the political class do not have to return anything back to the State. This has business cycle implications, because all that money constitutes artificial demand similar to the military industrial complex. Just as the military industrial complex depends on “defense” (read empire) spending at the whim of politicians, much of Macau’s VIP revenues may actually just be politicians and state-protected monopolists trying to hide their stash rather than legitimate businessmen trying to evade taxes, which would be much healthier in the long run. The latter would be real demand, the former fake and dependent on government spending and tax revenues. So while it is always fun to see the State crack down on itself, it further exposes the hollow core at the heart of the Macau VIP business.

Besides that for Wynn, its debt is still going up, partly in order to fund the new Wynn Palace scheduled to open next quarter. A disappointing start for the new casino could easily pound the stock back down. Galaxy Entertainment is in a much less precarious situation investment wise at least. While not a buy and equally exposed to a tighter clampdown, at least it Galaxy shares are not up 100% off their lows like Wynn.

Additional tighter regulations include mandatory reporting of any large sum transaction, which will do nothing but spread out any money laundering actually taking place rather than stop it. The threshold is $62,500 in patacas, so what will happen there is that transactions will simply by placed for $62,499.99 so as not to attract official attention, and since operators will only do what they legally have to do obviously, transactions just under the threshold will be ignored as before. This makes it more annoying to launder money but doesn’t do much to stop it or slow it down. It’s the US State Department that wants Macau to bring down the threshold to $3,000 to meet what they call “international standards,” which just shows yet again how utterly annoying and obnoxious the US political class really is to their counterparts in other countries.

One other interesting piece of evidence as to what really drives Wynn’s revenues specifically comes from the remarkable stability of non-casino revenues. Non-casino revenues were $264.9 million last quarter compared to $266.1 million in Q1 of 2015. Indeed, while casino revenue crashed 31% from 2014 to 2015, non-casino revenue fell only 4%. That means people are still by and large coming to the casino and spending similar amounts outside of actually gambling. The good side of this is that it means mass market demand is still fairly healthy and Wynn Palace should still have a decent opening, but that won’t do too much for the stock considering the new VIP regulations.

The S&P hit and surpassed 2,100 and money supply growth could go either way at this point so it is time to take profits on all US gaming stock positions. These include MGM Resorts International, Penn National Gaming, Eldorado Resorts, and Boyd Gaming Corporation, all taken on January 19. The math is as follows. On a $100,000 portfolio:

Total gains on long term holds are 3.85%. Total gains notional and realized then are 6.71%. The 15% Paddy Power Betfair position needs to be calculated separately from the merger depending on exchange rates between the shares, but the merged company is down 3.9% since trading began in February. Just taking those numbers for simplicity’s sake means the 15% position is down .58% which brings total gains down to 6.13% notional and realized since January, or somewhere around $6,130.