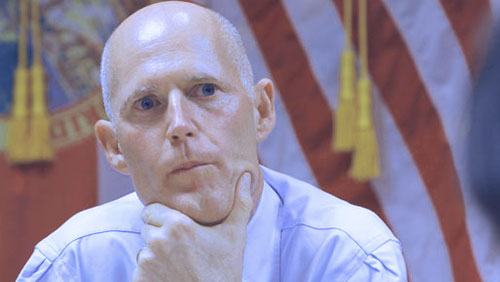 Miami gambling regulators are now at loggerheads with a pari-mutuel operator over the legality of “player-banked card games,” after the latter blames the whole conflict to the alleged attempt of Governor Rick Scott and the Seminole tribe to seal a $3 billion gambling compact.

The face-off between Jacksonville Kennel Club, Inc. and state regulators immediately set off fireworks at the start of the hearing ofa complaint against the pari-mutuel operator before Administrative Law Judge Suzanne Van Wyk on Tuesday, as their counsels traded allegations on who is trying to circumvent the law.

CBS Miami reported that John Lockwood, counsel of Jacksonville, has accused state regulators of changing the rules of the popular card game just months after training their own employees in how the games should be played.

Lockwood argued that Jacksonville, which was expected to lose $10 million next year if the games go away, had been faithfully complying with the rules set by the regulators in compliance with the state’s gambling law.

“The division has over and over again approved facilities to do this conduct,” he said. “I’m not saying they can’t change their minds. They could. But they have to go through rule-making. … They’re simply trying to circumvent the rulemaking process to establish this new policy.”

Lockwood suspects that the reason behind the surprise filing of complaints against more than half-a-dozen facilities – including Jacksonville – has something to do with the signing of a proposed gaming deal between Gov. Scott and the tribal leaders.

It would be recalled that state regulators fanned out across the Sunshine State to observe the card games run by pari-mutuel operators on the same day that Gov. Scott and the tribal leaders inked the proposed deal in December.

The agreement – if approved by the legislators – will give the Seminoles the exclusive rights to operate “banked” card games, such as blackjack, for five years.

Five days after state regulators swooped down in pari-mutuel facilities, complaints were filed against the operators. Legislators, meanwhile, thumbed down the compact.

Charles Taylor, an investigator with the Division of Pari-mutuel Wagering, told the court that investigators were given “templates” of the complaints. When grilled by Lockwood, Taylor acknowledged the games were approved by the state regulators.

Taylor admitted that he was instructed to report that Jacksonville was in violation of the law.

But state regulators insisted that Jacksonville violated the law for operating card games like a “banked game.” Bank games, according to regulators, are illegal in Florida, except for the Seminole Tribe’s casinos.

Although they contend that the card games themselves are legal, Department of Business and Professional Regulation lawyer William Hall accused Jacksonville of getting the services of unlicensed, third-party companies to act as designated players.

Hall explained to Judge Wyk that players are required by some pari-mutuels to put up $50,000 for a designated player, which is indicated by a “button” on the card table. He further likened the “button” used to identify the designated player at the Jacksonville facility as “a glorified paperweight” used “to hold the cards down.”

“They text. They talk. They don’t play the games at all. Sometimes the designated player will get up and leave in the middle of a hand and be replaced by another designated player,” Hall said.

“They [designated player companies] are basically running a business in the card room,” he added.