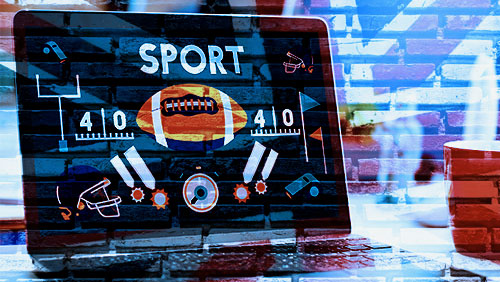 23 May 2016: The combined online traffic of Ladbrokes and Coral would make the new entity the third most visited UK sports gambling site in the UK, digital market intelligence firm SimilarWeb has revealed.

Ladbrokes, now the fourth most popular UK site for monthly combined mobile and desktop visits in 2015 would gain the online traffic of sixth-placed Coral in a merger.

Combining the joint combined mobile and desktop traffic would put Ladbrokes-Coral on 22 million average monthly online visits, based on last year’s traffic figures. This would see them overtake Skybet in third-place.

However on current figures, the merger would not be enough to unseat industry leader Bet365, which achieved an average of 38 million visits a month in 2015, or second-placed William Hill on 23.2 monthly visits to its site each month.

In a recent report on the online gambling industry, SimilarWeb showed that the top 10 sites saw average growth of 88% year over year between 2014 and 2015, demonstrating the importance of growth digitally in the sector. Ladbrokes Coral have said a key driver of the merger is a “compelling strategy to accelerate online growth”.

The report also highlights the growing popularity of mobile engagement. The share of mobile traffic  across the online gambling sector in the UK last year rose to 50%, compared to only 35% in 2014.

Despite being founded only 16 years ago, Bet365 has both the highest amount of online traffic and the best engagement with online customers, with an average user session lasting 11 minutes 35 seconds — nearly three minutes longer than any of its rivals.

The study found that  the sports betting industry sees one quarter of all weekly online visits on Saturdays — when most major sporting events take place. 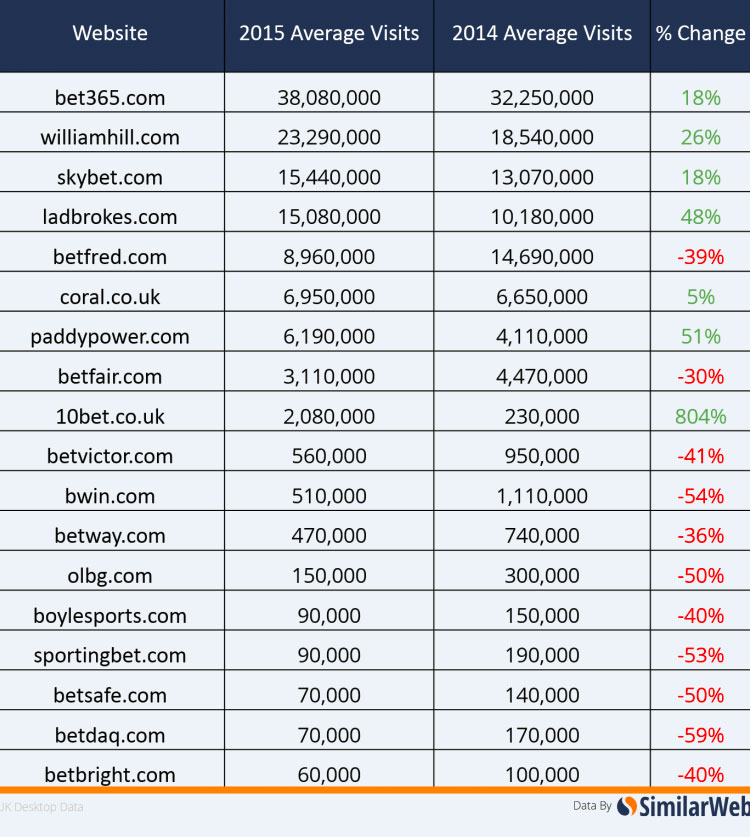 SimilarWeb is a global cross-device market intelligence company used by 100,000s of businesses worldwide, including Google, eBay, and United Airlines, to discover, decide and deploy their digital strategy.  SimilarWeb has raised $65 million to date, The company currently employs more than 250 people across 8 global offices. SimilarWeb was recognized in 2015 as one of Europe’s top 100 fastest growing companies by Red Herring, was selected by Wired Magazine as one of the hottest 100 start-ups in Europe, and was named by Business Insider as one of the 50 enterprise startups to bet your career on in 2016.