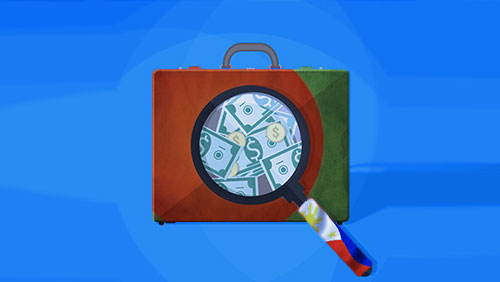 The Philippine Senate’s investigation into the $81 million stolen from Bangladeshi central bank accounts and funneled through local casino operators came to an abrupt stop after two of the senators leading the inquiry lost their re-election campaigns.

Lawmakers announced on Thursday that they wrapping up the inquiry despite the progress they have made into the investigation, which saw casino junket operator Kam Sin “Kim” Wong turn in some PHP450 million (US$9.54 million) several weeks ago.

The committee is expected to draft its report in the coming days, which Guingona said will be forwarded to the new set of lawmakers when the next congressional session opens.

“Unfortunately, due to time constraints, we do have to end and do a committee report. The process does not stop with the hearings. These just make it very transparent and open. After the hearings, executive branch will still continue recovering the money,” Guingona said, according to Rappler.

The senate committee held a total of seven hearings since March, and managed to trace most of the laundered money. Of the $81 million, only $17 million remains unaccounted for.

According to the Anti-Money Laundering Council, Wong returned a total of $15 million, while $21 million is still with casinos, and another $28 million of Solaire Resort and Caisno is still waiting for the Supreme Court’s decision on the petition for freeze order.

Wong told the lawmakers that the missing $17 million is with remittance firm Philrem Services Inc., a claim which the company’s executives continue to deny to this day.

The Department of Finance has already initiated the process to strengthen the country’s anti-money laundering and bank secrecy laws. Early in May, the department submitted a draft bill that will include casinos to the list of entities covered by the Anti-Money Laundering Act.