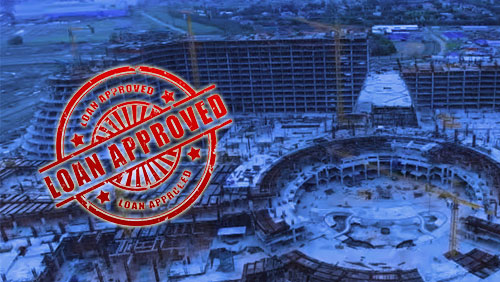 Universal Entertainment Inc. has injected an additional P37.6 billion ($809.51 million) into its Manila Bay Resorts project, which is expected to be launched by December 2016.

In a disclosure to the Singapore Stock Exchange last Friday, Universal announced that its Manila-based subsidiary Tiger Resort, Leisure and Entertainment, Inc. entered a significant agreement with BDO Unibank Inc. on May 6.

According to Universal, the loan will have a five year tenure and a floating interest rate, starting from the initial drawdown date. Universal used the voting shares of Tiger and the project’s immovable and movable assets as collateral for the loan.

The fresh, multi-million fund will “partially finance the costs for the Manila Bay Resorts project,” such as the construction of the glass corridor, fountain and framework for the glass dome, according to Universal.

The construction of the $2 billion dollar casino, however, saw several delays since it was granted a license to establish and operate a casino at the Entertainment City in August 2008, due to several legal controversies, including the $40 million alleged bribery of former PAGCOR officials.

Philippine regulators, meanwhile, slapped Universal with a $2.2 million fine over delays in completing its Manila casino project, which was first slated to open in 2015.

On Friday, in Universal Entertainment’s fiscal results for the 12 months ending March 31, 2016 – reported to the Tokyo Stock Exchange – the group reported its profit rose 53.9 percent year-on-year to nearly JPY15.7 billion (US$144 million). It additionally said its net sales went up 4.1 percent from the previous fiscal year, to approximately JPY91.7 billion.