The Professional Football Association has unleashed the shortlist for their 43rd annual awards ceremony and Riyad Mahrez, and Dele Alli are favorites to pick up the major awards.

What a difference a year makes?

Rewind 12-months and you would have found Chelsea and Manchester City scrapping for the title, Spurs showing their teeth but still afraid to bite, and Leicester City was beginning a run of form that would see them achieve the greatest escape in Premier League history.

This weekend, Chelsea faced off against Man City, and only Chelsea and Man City fans cared. For the rest of football’s adoring fans, they were more interested in Leicester City’s game against West Ham at the King Power Stadium.

Like I said, what a difference a year makes.

Man City won that inconsequential match 3-0. Sergio Aguero, arguably one of the finest players to ever grace the Premier League, scored the fifth hat trick of his Man City career. He has now scored 21 Premier League goals this season, only one behind the leader Harry Kane, and has scored 99 goals in 146 appearances for his club. And yet, he hasn’t made the shortlist for the PFA Player’s Player of the Year Award. He has never won the award. 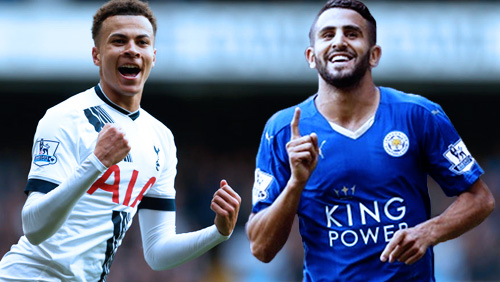 Now the decision to omit Aguero from this celebrated shortlist might not be as irksome had it not been for the inclusion of Arsenal’s Mesut Ozil. Often derided for his lackadaisical performances since signing from Real Madrid there is no doubt that Ozil has gone up a gear this season. He has been a major contributor in 24 Arsenal goals (18 assists & 6 goals), but has he been a better player than Aguero?

If not Aguero, then what about Manchester United’s David De Gea? The Spaniard has once again shown he is the greatest goalkeeper in the world with a host of world-class saves. I am also a little miffed as to why Dele Alli has not been included in the Senior short list, although he is looking like a shoe-in for the Young Player of the Year award.

I have no arguments with the list (except Ozil). Mahrez is favourite to pick up the award, and I back that call. It’s also great to see Harry Kane prove he wasn’t a one-season wonder. He has now scored 43 Premier League goals in two seasons and has become one of the most formidable strikers in the world.

What is interesting about this list, is, except Ozil, there are no players included from the so-called bigger teams. Now that’s a big two fingers to the people who believe money can buy success.

Can Harry Kane pick up the nippers award for the second consecutive season? How can you argue against 22 Premier League goals? Well, you can’t, except there has been an equally impressive young specimen feeding him most of the balls in Dele Alli, and I would love to see the lad pick up the award. Share and share alike and all of that.

What does surprise me is the inclusion of the Everton duo Romelu Lukaku and Ross Barkley. Lukaku has come of age this season with 18 Premier League goals so I can at least understand his inclusion as an outside bet, but Everton has had an awful season with fans calling for the head of their Spanish boss. Hardly, the stuff of Player of the Year headlines in my opinion. Had Louis Van Gaal found the gem that is Marcus Rashford earlier this season I am sure his name would have also been on this list.

The 43rd Annual Players Football Association (PFA) Awards will take place at the Grosvenor House in London on Sunday, April 24. Tinie Tempah and Jake Bugg will keep the players entertained.

In addition to the awards mentioned above, there will be awards for the each Divisional Team of the Year, PFA Merit Award, and awards for the Player’s Player and Young Player in the Women’s Super League (WSL). Last year’s winner, Chelsea’s Ji So-Yun, is once again on the shortlist for the main female award.

Here are the shortlists for the WSL.

How the Voting System Works

The PFA hands ballots to players from the top 92 league clubs and the 8 Women’s Super League (WSL). Players can’t vote for a player at the same club. Only players who’s clubs have taken part in the ballot can be nominated. An independent company counted and verified the votes, before handing the completed ballot papers to Beever & Struthers Chartered Accountants.