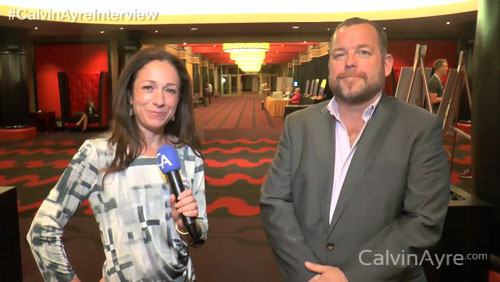 In this interview with CalvinAyre.com’s Rebecca Liggero, Amaya Gaming spokesman Eric Hollreiser talks about PokerStars’ entry into the regulated New Jersey and how the recent press about Amaya is going to impact its efforts to enter the regulated market.

It’s no secret that Amaya Gaming, a titan in the online gambling industry, has found itself in the news lately—and it’s not all good headlines.

Company shares plummeted by more than one-fifth back in March after Quebec’s stock watchdog charged Amaya CEO David Baazov with insider trading, prompting the chairman to take an indefinite leave of absence to distance his company from the scandal.

Despite this, the Canadian company is shrugging off the negative press. Amaya spokesman Eric Hollreiser said Amaya remains in good spirits as it continues its push to enter the regulated market.

“We are no strangers to controversies. There will always be controversy and there will always be accusations. I hate to say we’re used to dealing with it, but it’s something that in [this] industry, that’s a reality, so we deal with it,” Hollreiser told CalvinAyre.com.

Amaya’s VP for corporate communications pointed out that this isn’t the company’s first tango with the securities regulators in Quebec.

“We’ve seen what’s been happening there and you know, the fact is we have to let this play out. If anything, David Baazov has done the responsible thing and do what’s right for the interest of the shareholders,” Hollreiser said. “The company is largely unaffected by this from the day-to-day operation standpoint. There are no accusations against the company itself so we’re moving on and continuing to operate and be successful as New Jersey is a testament to it.”

Two weeks ago, New Jersey’s Division of Gaming Enforcement extended Amaya Gaming’s license to operate PokerStars and Full Tilt in the state for another six months. Amaya was initially given approval to launch a product in New Jersey last September 2015. Six months later, a soft launch allowed 500 punters to around the site, followed by a full launch on March 21. PokerStarsNJ has already been touted as a market leader in the state with 16 of its first 17 tournaments hitting their guarantees.

“It’s early days in New Jersey, but we’re just thrilled to be there,” Hollreiser said. “[Getting DGE’s approval] certainly was a long process and it was very thorough and I don’t think that there’s been a more exhaustive examination or investigation into a company in the gaming industry than what the DGE with us. It’s an important milestone for us to get that seal of approval from such a quality regulator… to be in the United States, establish that beachhead and to reinvigorate our consumer base, so it’s a great time.”