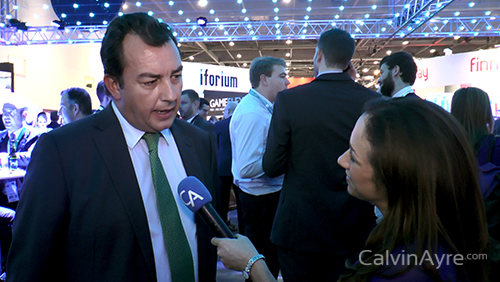 In this interview with CalvinAyre.com’s Rebecca Liggero, gaming lawyer Santiago Asensi talks about some of the Latin American countries that are of interest for the online gambling industry.

It’s not a secret that there a host of opportunities waiting in Latin America for businesses, especially online gambling. For a few years now, many of the biggest players in the iGaming industry have had their sights on the growing Latin American market.

Santiago Asensi, an expert attorney in gaming and gambling law, said the industry is looking particularly at three countries—Mexico, Brazil, and Colombia.

“They’re focusing in Mexico, which is about to approve a reform in the gambling act. Brazil, who’s also about to pump up and regulate gambling finally, and particularly Colombia,” Asensi told CalvinAyre.com.

Many governments in Latin American continued to have outdated laws that address online gambling. Colombia, however, is different, according to Asensi.

Asensi also noted that Colombians have a healthy appetite for gambling, making the country a prime market for online gambling operators.

“[It’s] a jurisdiction with a lot of interest in terms of population. They have their own particular games like Baloto, like some kind of lotteries, a lot of lotteries like Keno, but at the end of the day, most of Colombian like [the] same casino games [and] sports betting that Europeans like,” Asensi said.

In comparison, Brazil—also an area of interest for online gambling operators—continues to have a slow bureaucratic system that has yet to pass a legislation for national reform regarding gambling.

“Things are going slower there than in other jurisdictions,” Asensi said. “I believe that we’ll need to wait and see, but right now it’s too early. It’s in very preliminary stage, everything.”