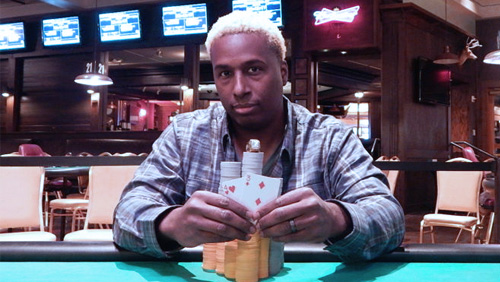 Maurice Hawkins calls it after backing up his Twitter claim that he would win two tournaments in April by taking down two World Series of Poker Circuit events at Horseshoe Council Bluffs.

Most of us drink tea. Maurice Hawkins looks into the cup and sees the future.

Calling my shot. I am going to win two tourneys in the month of April. I have never felt better in my life.#Hawksview#Winning

Two days later, his prediction came true. He entered two events in the World Series of Poker Circuit (WSOPC) Series in Horseshoe Council Bluffs and won them both.

His first victory came in Event #9: $365 No-Limit Hold’em (NLHE) Monster Stack. 265 entrants created a total prize pool of $79,500, and although Hawkins has become accustomed to winning prizes larger than $19,477, it was the influx of confidence that would have been the most satisfying.

After skipping Event #10, Hawkins entered Event #11: $1,675 NLHE Main Event at the peak of his powers. 321 players created a total prize pool of $481,500, and Hawkins took the $113,152 first prize beating Ryan Phan in heads-up action after the pair had entered the final day one-two at the head of the chip counts.

After Mike Lang’s impressive run had ended in third place (he also made the final table of this event the previous year finishing second), Hawkins entered the heads-up phase with a near four to one chip deficit. He levelled after 13-minutes and took charge after 30-minutes when he turned a full house at the same time Phan hit trip fives. The final hand was a cooler with the board running out [8s] [4s] [4d] [Qc] [3h] with Phan holding [6h] [4c] for trip fours, and Hawkins holding [4h] [3d] for the boat.