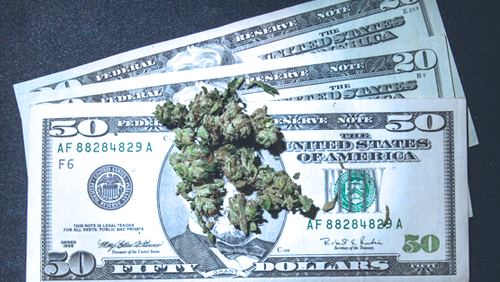 This is a guest contribution by Johnny Jaswal, Managing Director of the Jaswal Institute. If you would like to submit a contribution please contact Bill Beatty for submission details. Thank you.

On March 24, 2016, Health Minister Jane Philpott released a statement announcing that the government will not appeal a Federal Court ruling in Allard that found that the Marihuana for Medical Purposes Regulations (“MMPR”) regime, made pursuant to the Controlled Drugs and Substances Act, infringes section 7 Charter rights to liberty and security by unjustifiably restricting access to medical marijuana. The Court found that, under the single source system of a licensed producer, there is no guarantee that required marijuana will be available when needed at an acceptable price level due to the MMPR structure and market characteristics. According to the Court, limiting patients to government-approved contractors and eliminating the ability to grow one’s own marijuana or to engage one’s own designated producer is not tenable.

Given that liberty and security interests are engaged, the Court held that MMPR regulatory restrictions, including prohibitions against plant growth by patients or their delegates, are arbitrary, overbroad and do not minimally impair section 7 rights. The Court declared the entire MMPR regime invalid, striking it down, but suspended the operation of the declaration of invalidity for six months to permit Canada to enact a new or parallel medical marijuana regime. As stated by Health Minister Jane Philpott on March 24, 2016, the government’s goal is to complete the amendment process by August 24, 2016, which is the timeframe set by the Court.

Though the case did not turn on a right to grow one’s own cannabis, which Canada has seen previously under its repealed personal cultivation regime (the Marihuana Medical Access Regulations), and instead focused on enhanced access to medical cannabis, the implications to licensed producers are potentially significant. Although the impact of specific medical marijuana amendments may not be drastic on the medical marijuana regime, the impact of the Court’s principles on future recreational marijuana regulation may have significant financial and market impacts that affect the economics of the marijuana space. In other words, in a rapidly changing environment, the status quo is subject to extreme shifts which require diligent attention.

Under the current regime, until the amendment process is complete, unless covered by a court injunction, licensed producers are the only legal means of obtaining medical marijuana. The application process to become an exclusive government-approved contractor is strict, thorough and expensive. Based on 2015 statistics obtained from Health Canada, the application success rate is less than 2%, which highlights the exclusivity of the licensed producer club.

This exclusivity is essential when considering the fact that these government-approved contractors, because of the regulated supply chain and lobbying campaigns, are assumed to be the frontrunners of production and supply in the recreational marijuana market promised by the federal Liberals.

In an attempt to differentiate themselves and prepare for legalization, licenced producers have gone as far as signing major artists to gain an early advantage. For example, a major marijuana company recently partnered with Snoop Dogg on content and brand strategy, a move highlighting a shift towards recreational marketing and away from earlier medical positioning which used lab coats and doctors for branding.

In other words, rappers are being used to build the recreational market over doctors, unless of course you are Dr. Dre. To that end, it is no surprise that certain licenced producers have market capitalizations in the hundreds of millions of dollars, which do not coincide with the smaller medical marijuana market but appear to price in the anticipated market for recreational marijuana being branded by the likes of the D-O-double-G.

In other words, despite what the retail points of sale end up being for medical and recreational marijuana, it is safe to assume investors in specific licensed producers are buying forecasts of these government-approved contractors as exclusive or leading producers and suppliers of both the medical and recreational marijuana markets. As discussed above, for that reason, stakeholders must assess the impact of regulatory changes on economics as legal decisions can significantly alter forecasts that form the basis of significant investments.

Given the rapidly changing regulatory market, any stakeholder in the current regime should understand the potential economic impacts of regulatory movement. To that end, this article will attempt to highlight the significance of legal decisions on the economics of the marijuana space using the Allard decision. To pursue our economic impact goals, though Ottawa has not confirmed that the amended rules will allow for personal cultivation, we are assuming, at the very least, the amended medical marijuana regulatory regime will include personal cultivation provisions.

We started by employing a methodology used by a University of Chicago study that estimates the marijuana tax gap by comparing marijuana taxes to cigarette taxes. The tax gap is a tax compliance measure defined as the amount of tax liability that is not paid and includes revenues lost to tax evasion. Though the Canadian experience will encompass tax losses due to legal personal cultivation, the tax gap analysis is useful as it embodies similar concepts of tax avoidance.

We believe tobacco to be an appropriate comparison in our situation given our view that cannabis will be taxed similar to comparable goods in Canada such as tobacco and alcohol. Similar to the Chicago study, given personal cultivation of marijuana is easier than tobacco cultivation, we assume that marijuana tax gap rates will be higher than those of tobacco, which would render our estimates of economic impacts conservative.

With respect to our results, given Canada’s unique market characteristics, our contraband tobacco market is disproportionally greater by comparison when evaluated globally. Our research implies that tobacco tax gap rates in Canada range from 15 to 33 percent, with government sources indicating an average rate potentially as high as 30 percent. Notably, as mentioned above, given Canada’s unique market characteristics, Quebec and Ontario may have the highest Canadian tax gap rates ranging from 40 to 50 percent. When analyzing marijuana market forecasts, the implied economic impacts of the Allard decision, using tax gap rates, are significant.

A recent research report by CIBC World Markets Inc. suggests a recreational marijuana market of $5-$10 billion, with federal/provincial governments potentially reaping as much as $5 billion from legalization. Applying our tobacco tax gap rates, by virtue of assumed legalized personal growing, the government share with respect to the legal marijuana market can be estimated to decline by ~$1.2 billion on average using conservative estimates.

If we begin to experiment with higher tax gap rates, such as those in Quebec or Ontario, use various market size estimates, or adjust the tax gap rates upwards based on the legality of personal marijuana cultivation, versus the illegality of the contraband tobacco market, or the relative ease of personal marijuana cultivation, versus tobacco cultivation, the economic impacts of the Allard decision can significantly alter expectations with respect the Canadian cannabis market.

When examining Marijuana laws across the United States, an interesting point can be noted. Washington State does not permit personal cultivation for recreation use. When conducting our tobacco tax gap rate analysis, we noted that Washington has one of the highest tax gap rates of any state. Further, in the RAND Corporation’s Cannabis Consumption Survey, 17 percent of respondents reported growing cannabis for consumption under the medical marijuana regime, which is over four times the rate observed nationally (the national rate is assumed to be understated as it is reported in the context of illegal personal cultivation). Though we cannot conclude Washington’s high tobacco tax gap rates and personal cultivation rates resulted in the prohibition on personal cultivation for recreational use, they are aspects that should be examined more closely by Canada’s stakeholders in the marijuana space as failure to examine the appropriate factors could be a costly mistake.

Our analysis above was focused on estimating the economic impacts of the recent Allard decision. As stated above, we have assumed that, at minimum, the amendments will include personal cultivation provisions and further that those principles will impact the recreational marijuana market in Canada. Though beyond the scope of this article, given the Court’s positon regarding access, it is an interesting exercise to anticipate what the future of cannabis regulation may look like in Canada. Specifically, beyond anticipated amendments to allow for personal cultivation, the Court’s language with respect to access restrictions provides the government with the opportunity to address issues regarding retail channels for the sale of medical marijuana.

The Court in Allard observed that dispensaries play a crucial role with respect to cannabis access. As stated by the Court, although the dispensaries are not legal, dispensary growth trends suggest a connection between the access restrictions under the MMPR and the need for patients to pursue illegal sources to obtain their medical marijuana.

When studying statistics, illegal dispensaries and compassion clubs are potentially supplying five times more patients than licensed producers, reportedly selling more in one month than the combined licenced producers sell in three months. This trend is likely to continue if personal cultivation is permitted as personal cultivation is the alleged source of supply for dispensaries. Though Health Minister Jane Philpott did not provide guidance with respect to whether the amendments will allow for storefront sales of medical marijuana to further address the Court’s observations regarding access, the point to make is that any amendments could drastically impact the current structure and market forecasts assuming that the principles translate to the recreational market. As mentioned above, in the rapidly changing cannabis space, stakeholders must consider multiple factors that may drastically impact the economics of planned investments.

Based on personal cultivation regimes in the United States, Canadian commentators have come to the conclusion that potential regulatory amendments, including legalized personal cultivation, would not significantly impact sales or tax revenue in the marijuana market. We have attempted to highlight that small changes in a rapidly changing regime may have significant impacts for certain economies, which should create pause and diligence. Canada cannot afford to blindly follow results from other jurisdictions in a rush to legalization as regulatory impacts have different outcomes based on unique characteristics of a specific economy. This article used Canada’s unique market characteristics and disproportionally large contraband tobacco market to estimate the potential economic impacts of legalized personal cultivation in Canada. Stakeholders must push the boundaries to properly assess multiple factors relevant to a specific economy.

To further reiterate and highlight the need for diligent analysis, in our research, we came across excessive energy use taxes being implemented in certain United States communities that have reportedly resulted in drastic declines in personal cultivation operations, which would lead to low personal cultivation statistics and render the results ineffective for comparison purposes. Accordingly, failing to recognize the unique characteristics of particular markets, such as tax gaps and energy taxes, may lead to incorrect and costly policy decisions. As our government moves towards the legalization of marijuana, its task force must diligently explore all issues that may potentially impact legalization. Similarly, stakeholders need to monitor regulatory changes and the resulting industry economics meticulously before they are left holding the bag.