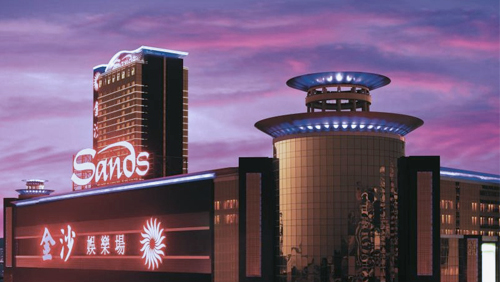 Hotels that are still under construction or in planning stages will add at least 19,600 rooms for Macau tourists in the future, local media outlets reported.

According to MacauNews.com, which quoted the Land, Public Works and Transport Bureau, there are 16 hotels currently in varying stages of construction, and these establishments are expected to provide 10,800 rooms in the city state.

Additionally, there are 34 hotels still in their construction planning phase, which will provide another 8,800 rooms, the land authority said.

The news comes at a time when industry experts are urging the city state’s gaming sector to entertain at a larger scale. Union Gaming analyst Grant Govertsen, in an interview with CalvinAyre.com, said Macau’s clientele is changing from VIPs to more mass-market focused customers, which is why the industry must think of an offering “above and beyond casino gaming” to keep the customers coming to the city state.

It will take Macau a number of years and a lot experimentation to become more of a Vegas-like destination, where customers visit for more than just gambling. But as the search for that elusive offering continues, casino gaming operators could already start feeling the pressure of how to attract the “base mass” and “premium mass” players.

“I think you’re going to see more promotions or discounting on rooms, because obviously the [Macau room] inventory is growing significantly,” Goldstein said, according to a GGRAsia report.

Sands China’s newly opened hotel, St. Regis Macau, added some 400 rooms to the city state’s tourism market last year. In addition, Goldstein said there are more “key rooms” coming on board as the big operators gear up for their Cotai property launchings.

Sands China’s Parisian Macau is expected to open in the late summer, while Wynn Macau will launch its Cotai venue in June, and MGM China Holdings Ltd.’s MGM Cotai is scheduled to open in the first quarter of 2017.