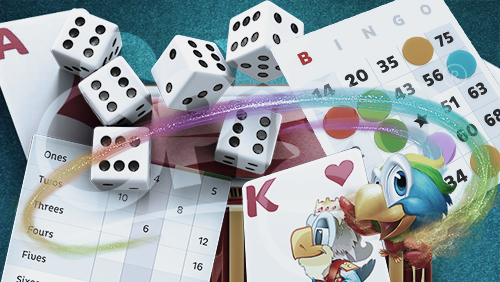 The popularity of freemium games is on the rise, and it’s a fact that operators and social games developers cannot afford to ignore.

Last year, King’s casual game Candy Crush Saga raked in an estimated $682 million, Bloomberg Business reported. For casino games developer Spigo, this is a proof that casual gamers, who are willing to spend money on in-app purchases for mobile games, “have the ability to stake that money and make returns on it.”

“It’s been widely mentioned in the media for a while now, but the move from casinos in Las Vegas to provide more skill-based, monetized casual games instead of traditional slots products in a bid to entice more younger players is indicative of the future for the casino environment,” Spigo CEO Kasper Kau told CalvinAyre.com.

The Danish company is already poised to surf that “wave of opportunity.” But what does it really take for one to actually appeal to the younger players in a market already filled with so many gaming products?

“There has to be flexibility and modernization that move away from a more basic format to appeal to a generation of potential players that have been raised with enjoyable gaming products,” Kau said. “Full compatibility with smart devices is paramount as the market becomes more congested, so companies have to be able to offer their games across all platforms to make sure no players are left out, or risk losing their attention to elsewhere.”

Spigo develops casual games that are “unique” to the casino environment, such as Ludo, Solitaire, Backgammon and Yatzy. What makes the company stand out, according to Kau, is that it offers a fresh take on games to attract both old and new players.

“The games that feature in our catalogue… we have reinvented them to work for an online casino, giving a fresh new option to operators looking for innovative new ways to gain and retain players. Go to any casino site today, and you will find each casino using the same games to entice the same customers as all of their competitors,” the Spigo executive said. “We offer a new player segment for the casinos, where they can reach casual games less inclined to play ‘harder’ games but still wanting to wager their money.”

For new social casino developers and operators looking for ways to keep up with the changing market, Spigo has this piece of advice: stay flexible.

“With more countries being regulated, both developers and operators have to be aware of these changes, however small, and adapt to ensure the output remains compliant. Staying ahead of the curve with technological advancements is vital, as we can see in the industry with the rise of mobile gaming—some developers are even utilizing smart watches as a new method to engage players,” Kau said. “Keeping a brand fresh and exciting is another challenge. The more competition, the greater the need to diversify and find the niche that will work in the favor of either the developer or the operator.”