Home / Poker / PokerStars Players Have a Choice; Everyone Does 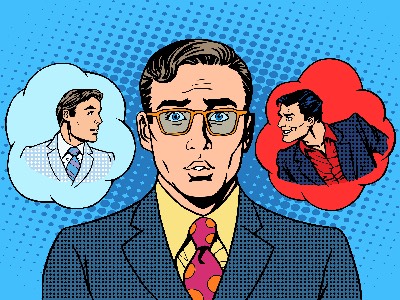 With the professional grinding community becoming more and more disillusioned by the changes made at PokerStars, Lee Davy reminds everyone that choice remains the sole propriety of the beholder.

In my short career as a poker writer, only two of my stories have reached the front cover of a print publication magazine. One of them was an interview with the late Dave ‘Devilfish’ Ulliot. The other was a story about the incredible career of Dusty ‘Leatherass’ Schmidt.

At the time of the Schmidt article, he was one of the most talked about grinders of his generation. His graph had a profile that wouldn’t look out of place in the Himalayas. The community drooled over his work ethic, attitude and skill. He wrote two successful books: Treat Your Poker as a Business, and Don’t Listen to Phil Hellmuth, and PokerStars hired him to become their latest Team Online pro.

When players around the world started spreading the news that the windows of our favourite online poker rooms looked like FBI posters, I was sitting next to Schmidt. We were inside a portacabin situated in the parking lot at Dusk Till Dawn (DTD) in Nottingham, England.

Schmidt had been invited to commentate, and play, in a live cash game that filmed for television. I was working 12 hr shifts on the live updates blog with the legendary Snoopy.

Although neither of knew what was happening, nor could we predict the future, we were both worried. We both earned our income through poker. The news was already circulating about the demise of online poker in the US. What would that mean to the advertising dollar? What would happen to our community? How would we all pay the bills? How would we feed the kids?

He lost his PokerStars contract, the ability to earn the income he had grown accustomed to, and, as a result, his standing in the community slipped as he was unable to keep his faces on the front pages of magazines due to his inability to play.

Schmidt wasn’t the only one affected at that time.

I was a member of the online poker training site: BlueFire Poker. One of my favourite coaches was Niman ‘Samoleus’ Kenkre. We bonded because we were both divorced and had young boys. Kenkre had sole custody of his child.

Kenkre, like so many other US based grinders, had an enormous problem. Earning money through poker was all he had known for the past few years. He had grown accustomed to that lifestyle. It was ideal. It allowed him to earn while his son was in school, and then he could be a father in the downtime.

Let’s not forget the plight of Danielle Andersen. Anyone who saw the documentary ‘Bet, Raise, Fold‘ will remember the difficulties her family went through as she had to leave the home for weeks on end so she could earn money playing live cash games.

Last week, I had lunch with a high stakes tournament player who likes to play on PokerStars. We talked about the changes; how public companies use profit as their number one metric, and the communities reaction to these things.

I raised a debatable point.

Why do poker players continue to play on the site and moan and groan about the quality of customer service? If they are having their values trodden into the ground – then why stay?

My colleague stated that those professional poker players earning their coin online had no choice but to play on PokerStars.

I took a slurp of my smoothie and nodded.

I want to change that nod to a shake.

My cousin was a lifelong Man Utd supporter. It was his religion. When United raised the season ticket prices above the level he felt was tolerable, he did something about it. Suddenly, Man Utd had become a business. Profit was more important that providing customer service.

He threw his season ticket in the bin.

He never bought another one.

He immediately became a season ticket holder at Stockport County.

Six years ago I couldn’t get out of bed in the morning. I was stressed and depressed. My job had become a nightmare due to a nazi of a boss. Everything came second to profit – even safety.

I would go into work having to bark out orders I didn’t believe in, to appease a hierarchy that saw nothing but gold. It made me sick. And yet I couldn’t leave because I needed that £45,000 per year. I had been in the industry since I left school. I knew nothing else but how to be a railwayman for two decades.

My cousin moved on.

It’s not my intention to write an article with the aim of shooting down those that moan and groan about playing on PokerStars. I write it with the intention to remind people that we all have a choice. We hold the pen. We write the script.

When my first marriage dissolved, I was miserable. She’s all I’d known since I was 13; now she was gone, what do I do? Where do I go? I made her the villain of my life story, but if I was to play the hero, I had to choose. I could elect to be miserable, or I could decide to embrace the change. It’s something we all face, change is scary but it’s constant and often leads us to a happier place, but it’s our choice, nobody else’s.

Nobody is forcing anybody to play on PokerStars.