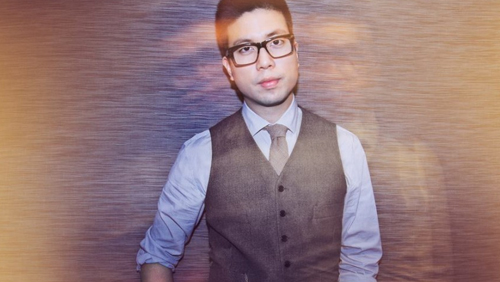 In 2006, Doug Kim was writing his name into the World Series of Poker (WSOP) history books when he became the youngest-ever player to reach the WSOP Main Event final table.

Kim would finish seventh in what remains the most cash rich WSOP Main Event in history. Kim won $2,391,520. The winner, Jamie Gold, walked away with $12m.

Kim not only shared a final table with Gold, he also shares a love for TV production. Before Christmas news emerged that Kim was busy working on a semi-autobiographical TV show called Just Dougie. We caught up with Kim to hark back to those lofty heights of 2006, and to learn more about his new show.

Talk me through the years shortly after your astronomical success in 2006.

“My years afterwards were remarkable in the fact that I decided to do the most pedestrian thing possible and continue on my path as a management consultant. I think by my senior year of college, I had already decided that poker was ultimately not going to be fulfilling so I wanted to prepare my life for the long run, so to speak. That’s not to say I thought I never would play poker again, I just decided it wasn’t going to be a dominating part of my life. So I started my career at Oliver Wyman (then Mercer Oliver Wyman), traveling to places such as Puerto Rico, Washington, DC, Charlotte, NC, for work consulting in the financial services arena.

“By early 2008, the financial crisis was in full swing, and I was laid off my job. I took some time to think about what I wanted to do, and I eventually enrolled at a acting conservatory called the William Esper Studio for their two year program.”

How has the importance of poker changed for you over the years?

“As I said, there were several factors for me not pursuing poker after college. One of those reasons was realizing that poker was going to be a profession of diminishing returns. There were more pros, the players were getting better and younger, and the easy money was slowly drying up. Poker while still profitable, was going to be more of an uphill climb to continue with the same type of success as before. Then after the UIGEA in 2006 and black Friday in 2011, I started to play much less. I still play occasionally, but more recreationally (though I still am a winning player, which is always good).”

What do you see when you look at the poker world today?

“Unfortunately, I don’t see the poker world improving to the point it was in the early 2000s. The game had a perfect storm of interest at the time, live professionals who more relied on instinct and experience to get by, and with a combination of the explosion of online poker, the hole camera on ESPN and the “Moneymaker” effect, poker became of great interest to everyone.

“Nowadays, with government regulation, training sites, a large base of online professionals, poker has evolved more into a legitimate competition. However, it’s also in decline in terms of viewership, it’s a lot less appealing to watch younger more skilled players using cold hard mathematics to dictate their actions rather than characters with nicknames and cowboy hats. Some of the things people are trying to do seem somewhat interesting, the Global Poker League and a growing interest in different poker games, but ultimately, I think poker has matured into a niche market.”

Talk about the struggles and strife’s attempting to play poker professionally, and becoming an actor?

“I was fortunate in that I had the time to hone my craft playing poker during college. My struggles developing were minimal, I started small and worked my way to build a bankroll, reading books, consulting forums, and conversing with other players about hands and strategies. Once the World Series of Poker happened, I didn’t have any strife or struggle really, since bankroll issues did not become a problem.

“Nowadays, for someone starting out, I can see a lot of struggle initially. Of course you’ll hear about the occasional rags to riches player who starts at the penny stakes and ends up at the nosebleeds in a year, but for the most part there’s a lot of barriers to entry, the lack of online poker in America being the main one. Even the lower stakes have lower win rates, and with that comes greater variance, and I can see that being a great psychological stress for most beginning players. It’s still possible to make a living playing poker, but it’s harder to get started and you have to keep on top of the game.

“As far as becoming an actor, the main struggle is just starting out. Anyone can call themselves an actor and pursue a career. That creates a problem for casting directors, they have to determine who’s qualified to take a role, who to call in to audition etc. They’ll usually get people who have had experience and have acted before to call in, creating essentially a Catch-22 in getting a job. And unlike other artists, it’s difficult for an actor to create their own portfolio since making a film production isn’t feasible financially for most starving artists.

“But even once you get your career going, you’ll always be a temporary contractor (until you get to a certain A-list status, perhaps). You’re always going to be looking for the next job after you finish your last one.

“As a minority, the struggles are just finding roles you’re even fit for. Of course things are improving, but the numbers are still disparate.”

Where did the idea from Just Dougie come from?

“I had a rough year in 2014 in terms of career, wondering if I was making any real progress. I started watching this show Louie, written, directed and starring the comedian Louis C.K. The show is a semi-autobiographical show about Louis and his life as a comedian, using standup routines initially as inspirations for scenes that comment on a particular subject or idea. After watching this show and several other shows like it such as Girls, I saw the potential and the direction television was moving, and decided to make a show about my own life.

“Now of course, it seems a bit narcissistic to believe that your life is important enough to make a show about, but there are a few things that I thought would work in favor, the unusual circumstances of my life contrasted with the “typical” Asian American upbringing that would serve as a platform in introducing my character. I believe that I have a unique perspective because of my background in a wide variety of arenas, poker, higher education, and entertainment.”

Walk me through the process of an idea to actual production.

“Every production is different, but generally you need a script and you need money. Although I’m not incredibly wealthy, I do have the latter, and so I needed a script. I tossed around a few ideas and concepts from my own life, but after a while, I decided I needed some help. I teamed up with a writer that I found through a reference, and we spent 9 months developing a script for the pilot.

“Once you have a script, you generally find a producer who assembles the team to put the show into production. That producer also has a wide variety of roles from budgeting, scheduling, coordinating, promoting and generally knowing how to get things done well while also being conscious of the costs involved. Some producers also find money for the production, but since I will be providing that, it’s easier to sign on a producer to the project. So far I have a director I’ve chosen, but we are now going through the process of finding a producer.”

What is your role in the show?

“I am the actor, co-writer and executive producer of the show.”

When can we expect to see it hit TV sets and where can we watch it?

“Hopefully we can expect it to be able to view later this year. As to where we can watch it, it’s to be determined how production goes and what we’re able to accomplish. My hope is that we can show the pilot to some VOD companies and get money to produce more episodes, but if that doesn’t happen, we’ll probably independently release it. We haven’t determined that yet.”

What are the most difficult challenges of creating a TV show?

“The most difficult challenge is in starting it. What will make the show appealing enough for viewers to want to watch more? How big of a universe will we have to create for future episodes? Writing a pilot is so difficult because you have to not only write a gripping first story that launches the show, but you also have to be able to set up for future interesting events. You have to establish the tone of the show, to let people know what the show is about and what it will deliver in the future. It’s a big task, but I think we’ve done a good job with our pilot.”

Who will be starring in the show?

What plans do you have for the future?

“My plans are to see this show through wherever it takes me. But I do plan on playing the main event this year, for what may be my last year playing for a while (I say this every year but I really mean it this time!).

“As far as acting, I’m still auditioning, still taking classes, still trying to create and write what I can to help further that career. I don’t have any other long term plans on the horizon other than in entertainment.”

Where can people learn more about your projects?

“Only that people can follow me at these online platforms. I hope to see some fans there soon!”