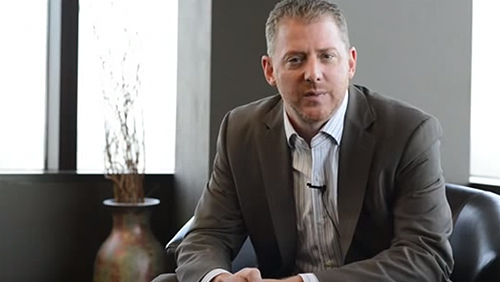 Controversial online fraud protection outfit Iovation has upset the online poker apple cart after the Nevada Gaming Commission handed them a Class 2 gaming license to do business in the state.

Ok, I know for some it doesn’t have the same haunting feel to it as an axe-wielding Jack Nicholson, but it sends shivers down the spine of the poker purists.

Greg Pierson and his baby Iovation have finally smashed through the door of the Nevada Gaming Commission (NGC). They now have a Class 2 gaming license allowing them to practice their prowess within the state.

In 2008, one of the biggest cheating scandals in online poker history started to unravel. Former World Series of Poker (WSOP) bracelet winner, Russ Hamilton, had used a ‘God Mode’ to view his opponent’s hole cards when competing with them on Ultimate Bet (UB). It is reported he cheated players out of $20m+.

Pierson was the CEO of UB in 2008. He was also the co-founder of the company that created the software and the hole in the wall that allowed Hamilton to cheat so expansively. There is no direct evidence proving Pierson used the ‘God Mode,’ however, there is audio evidence of him discussing ways they could minimise the damage, including strategies on how they could pay as little as possible to the cheated.

The home page of the Iovation website says: Every Day Tells a Different Story: Device-Based Solutions For Authentication And Fraud Prevention. It seems that the story from 2008 isn’t the same one that NGC investigators handed to the decision makers who unanimously voted Iovation in.

In an exclusive interview with Gaming Intelligence, Pierson revealed the NGC investigation into his history took a year. The same interview showed that Iovation had been unsuccessful in their first attempt to gain a license, last year, and had spent $500,000 in their bid to secure one.

Talking about the UB scandal, Pierson called it a ‘nightmare,’ wished ‘that had not happened’, and said he ‘had become kind of numb to it but hopefully it is now over.’

Posting on 2+2 under her handle ‘haley44,’ Flushdraw scribe and UB Scandal expert, Haley Hintze, described how she ‘shared plenty of hard info’ on the UB scandal with the NGC. She called the Gaming Intelligence interview with Pierson ‘insulting to all the people who worked to uncover the UB fraud and theft over the years.’

The NGC has well and truly passed the buck on this one. Iovation is now free to offer their fraud prevention and geolocation service to online gambling companies operating within the state. The question now remains, ‘who is going to hire them?’