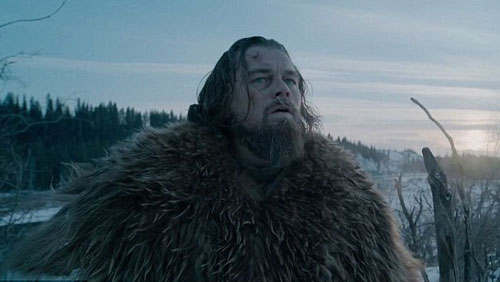 The awards season is in full swing and bettors have turned their attention from the Super Bowl to the Academy Awards.

The 88th Academy Awards (Oscars) will be held on February 28th in Hollywood’s Dolby Theatre. The nominees have been made public and it’s time to start speculating who will win this year. So courtesy of Bodog, here are the odds for Oscars’ 2016 betting!

While The Revenant may seem like a frontrunner at this point at -150, for instance, you shouldn’t underestimate the rising momentum of both The Spotlight at +200 and The Big Short at +300.

Certain categories are clearer than others as Leonardo DiCaprio, as a 19th century fur trapper hellbent on revenge, was set as the favored to win at -5000. He might as well start practicing that speech even though the rumor that he was raped by the bear is not true. Although, to give him some credit, he slept in an animal carcass and ate raw bison during shooting,

Brie Larson is leading the pack for her portrayal of a mother held captive with her son for five years in Lenny Abrahamson’s drama Room at -2000. She has already won a Golden Globe and Screen Actors Guild award for the performance.

Saoirse Ronan is the second favorite at +800 followed by long shots Cate Blanchett and Jennifer Lawrence at +1600.

Alejandro Gonzalez Inarritu at -600 could sweep up again at this year’s awards. In 2015, he picked up best picture, best director and best original screenplay with Birdman and looks set to win best director again for The Revenant.

Inarritu closest competitor is George Miller for his Mad Max at +500 followed by The Big Short’s Adam McKay at +1000 and Thomas McCarthy for his Spotlight at +1400.

This is probably the most unpredictable of the major races. The Big Short at -1000 is the clear favorite followed by Room at +450. Outside of these two, the odds drop precipitously with Brooklyn at +1500, and The Martian at +3300.

For the second straight year, the Academy failed to nominate any non-white performers in the four acting categories. Thankfully, host Chris Rock is planning to attack that oversight in his opening monologue.