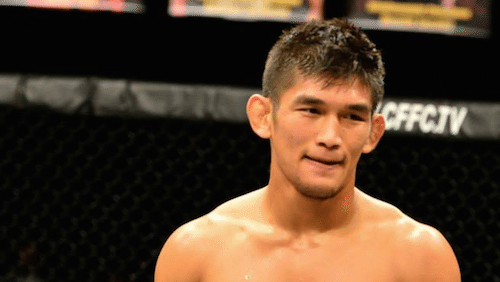 16 February 2016 – Yangon, Myanmar: The largest sports media property in Asian history, ONE Championship™ (ONE), in partnership with AGD Bank, returns to Yangon to bring world-class mixed martial arts (MMA) action to combat sports fans in Myanmar. The Thuwanna Indoor Stadium is set to play host to ONE: UNION OF WARRIORS on 18 March. The card will be headlined by hometown hero, “The Burmese Python” Aung La N Sang, as he takes on Mohamed Ali of Alexandria, Egypt.

CEO of ONE Championship, Victor Cui stated, “Last year, as part of our growth plan to bring opportunities to countries with a rich history in martial arts, we entered Myanmar for the first time in June, bringing our signature brand of world-class MMA to fans here in Yangon with the support of Z Corp, Skynet, the Lethwei Federation, and the Ministry of Sports. This time, we intend to play off our success and establish yet another amazing night of MMA action.”

With 25 professional fights on his resume, Aung La N Sang is arguably one of the world’s most renowned fighters from Myanmar, with a constricting style of fighting that has earned him the moniker of the “Burmese Python”. Born in Myitkyina in the mountainous Kachin State, Aung belonged to an ethnic minority known as the Kachin. He sought asylum in the United States when he was 18 years old but was always proud of his heritage. Victorious in his ONE Championship debut, Aung now returns to the ONE Cage to headline against Mohamed Ali.

Mohamed Ali of Alexandria, Egypt, is a mixed martial arts veteran with a 10-7 record. He was unsuccessful in his ONE Championship debut against Jake Butler in 2014, being stopped within three rounds, but showed true grit and determination in a tough bout. Ali now looks for redemption as he makes his way back to the spotlight in a main event battle against Myanmar’s Aung La N Sang.

Former ONE Flyweight World Champion Adriano “Mikinho” Moraes had his title reign cut short in his last bout, dropping a heartbreaking split decision to current titleholder Kairat Akhmetov. As champion, Moraes was skillful and dominant, and was rarely opposed inside the ONE Cage. Now, he’s on the comeback trail, and his next bout is against rising Filipino flyweight Eugene Toquero.

Flyweight standout Eugene Toquero is a former celebrity mixed martial arts and fitness coach in his native Manila, Philippines. The 165cm Filipino stalwart has a knack for highlight reel striking techniques and operates at a pace which opponents find hard to keep up with. In his last bout, Toquero improved his record to 8-2 with a technical knockout victory over China’s Li Wei Bin. Now he faces his toughest test to date in Brazil’s Adriano Moraes.

17-year-old Christian Lee, younger brother of Angela “Unstoppable” Lee, has impressed in his first two outings in ONE Championship. Lee is riding the momentum of two stoppage wins inside the ONE Cage, one by highlight reel knockout and the other by crafty submission. Lee looks to continue his early success but will face a stern test when he takes on fellow rising star, Keanu Subba of Malaysia.

At just 21 years of age, Keanu Subba is a former amateur MMA champion and one of the most promising young talents on ONE Championship’s roster. Subba is on a three-fight win streak that saw him stop countryman Rayner Kinsiong by technical knockout in his last bout. With momentum in his favor, the promising Subba will look to replicate his success by taking on Christian Lee next.

Robin “The Rock” Catalan of Iloilo City, Philippines, is making his ONE Championship debut against 33-year-old Alex “Little Rock” Silva of Brazil. Catalan is a mixed martial artist and trainer currently based in Metro Manila, while Silva is 3-1 as a professional and riding a two-fight win streak.

AGD Bank aims to build the future for a progressive Myanmar. Myanmar is embarking on several decades of fundamental change. The future will look very different, and it  will be full of opportunities that will touch every aspect of the lives of the people of Myanmar. At AGD Bank, our vision is to provide the vitally important banking infrastructure that will make a lasting and sustainable impact on this future, building the economic foundations for a progressive Myanmar.

In order to achieve our vision, we will deliver banking excellence through inspired and outstanding customer service. We will strive in everything we do to set our own unique, industry-leading, standard for banking excellence. We will accomplish this by always focusing on future opportunities and translating these into a commitment to outstanding levels of service, delivered day after day to each and every customer, helping them fulfil their needs and achieve their aspirations.

Vitaly Bigdash faces Aung La N Sang in highly-anticipated rematch at ONE: Light of a nation
Press Releases
30 May 2017