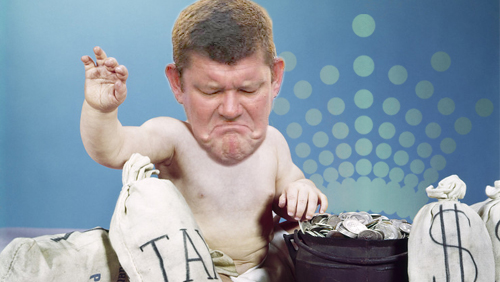 The Australian Tax Office (ATO) is chasing Crown Resorts down with a $250 million tax bill from its pre-2008 global financial crisis foray into the US casino market.

Crown has received an amended tax assessment from the ATO, regarding income tax paid for the financial years ending June 30, 2009 to June 30, 2014 for its investment in Nevada-based casino operator Cannery Casino Resorts (CCR).

ATO is seeking $250 million from Crown plus an additional notice of penalties to the amount of about $112 million, bringing the total to $362 million.

Crown disputes the amended assessments and said that is intends “to pursue all available avenues of objection including, if necessary, court proceedings”

“Crown Resorts is a model corporate citizen and pays its fair share of taxes,” said a Crown spokesperson. “In financial year 2015 Crown paid more than $640 million in taxes to all levels of Australian governments, which amounts to almost two-thirds of Crown’s Australian normalized profit before tax.”

Cannery, which has operations at the Meadows Racetrack & Casino in Pennsylvania, and Cannery Casino and East Side Cannery in Las Vegas, Nevada, was to be the main vehicle for Crown to enter the US market.

In 2007, the company agreed to buy CCR for $1.75 billion but the global financial crisis hit and crunched gambling revenues. Crown managed to escape the Cannery deal with just a 24.5% stake, for which the company paid $320 million. The remainder was held by Millennium Gaming and Oaktree Capital Management.

Before the 2008 financial crisis, Crown also attempted to enter the Las Vegas gambling market by acquiring a 19.6% stake in Fontainebleau Resorts for $250 million, which resulted in a total loss of this stake the following year.

Now, James Packer is hoping that he can finally set a casino footprint in the US after he snapped up the former New Frontier site in Las Vegas, which will become the Alon casino.

Packer, who holds a 53% stake in Crown, is also reportedly considering taking the company private again.