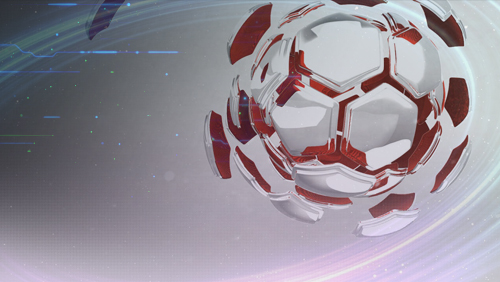 After Bundesliga side Wolfsburg signed a professional eSports player to represent their side at FIFA Football, Lee Davy pokes and prods the question of whether the future will see gambling on eSports outstrip that of physical sports.

Their first day at school.

Memories that every parent covets.

I always wanted my son to become a professional footballer. He would make up for my outstanding failure. Unfortunately, if he is to become a Premier League star, it may be with a game controller in his hand.

Bundesliga team Wolfsburg has made the news by signing two professional FIFA players. That’s FIFA as in the EASports video game franchise that prevents our children from communicating with us.

One of the signings is David Bytheway, a 22-year old, professional FIFA player, who lives in Wolverhampton in England. Bytheway has been playing FIFA professionally since he was 17. His many honours include representing his country at the FIFA Interactive World Cup.

Flicks, Tricks and Slaps to the Forehead

I will always remember the first time I took my son football training. He was eight years old. I bought him the full England kit and a pair of football boots. I was so excited. I got to the pitch, opened the car door, and he said: “Who are they?”

He never left the car. He never wore the boots. My dream died right there.

Fast forward to age 12. My son wants me to teach him to play football. His interest has grown from playing FIFA Football on the PlayStation. His friends were playing each other online. In order to ‘fit in’ he had to learn to play, enjoyed it, and decided he wanted to give the real thing a go.

Two years later and he is developing into a cracking little full-back.

On the weekend, I watched his team get thrashed by a mediocre side. It was pouring down with rain. Everyone was drenched. We lost for a variety of reasons.

I have been coaching these kids for two years now. I have learned one thing. If we ever go into World War III we are fucked. All the enemy has to do is drop football’s on us and we will run a mile. There is no commitment, no passion, no team ethic and no courage. Problems I believe stem from playing too many video games.

Get Dirt Underneath Your Fingernails

A few of them don’t support any particular team, my son included. They don’t watch football on the box, my son included. Everything they learn is from playing FIFA football. On one hand I have the game to thank for getting my son involved, on the other it’s made these kids soft.

What happened to pass and move? Triangles? The old one-two?

Get dirt underneath your fingertips.

The kids won’t even take their jumpers off to use for goalposts because it’s too cold, and they don’t want to get dirt on their Sik Silk.

It’s not just football. I see electronic wizardry screwing up our children left, right and centre. Take these Swegway Hoverboard’s as an example. I can’t walk down the High Street in Cardiff without nearly being run over by these things. Our children are going to end up like the fat people in WALL-E you mark my words.

The Future of Gambling

A few hours after that whitewash own the park, my son invited a few of his friends over the house. They played FIFA for hours. They would rather play the video game than the real thing.

The world is changing.

We can don virtual reality (VR) headsets, arm ourselves with a fake gun, and enter the world of computer simulation. We can blast zombies, while running on a treadmill. Why would anyone want to live in the real world when it’s so shit compared to the virtual one?

eSports will continue to grow on the back of this remarkable need to escape from the unremarkable life. Sports stars and billionaire investors are buying eSports teams and are being quoted as saying that one day people will rather watch eSports teams than physical teams.

And with this change comes a change in gambling trends.

Sports betting is huge. As I write this, millions of dollars is passing hands as the Carolina Panthers prepare to take on the Denver Broncos in Superbowl 50. I think this will change. It has to. There will be fewer and fewer kids wanting to be athletes, and more and more of them wanting to become eSports stars. When they do, the gambling movement will have to move with them. It’s one of the reasons savvy investors like Mark Cuban put his money into the likes of eSports betting start-up Unikrn.

“Right now, it’s not exactly historic,” says the young man who has just signed for Wolfsburg told the BBC, “But in five years time, when we look back at this we’ll think, ‘Wow they really started something here.’”

Memories that every parent covets.