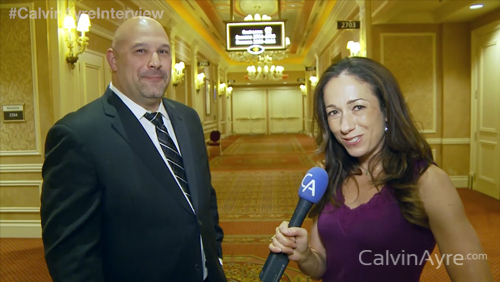 In this interview with CalvinAyre.com’s Rebecca Liggero, Chris Capra of 888 talks about the current state of online gambling in the U.S. market.

Is the online gambling market in the United States no longer worth anybody’s time? Chris Capra doesn’t think so.

Capra, head of marketing in the U.S. for 888 casino and poker, described the market as “difficult,” which is warding a lot of operators off.

“It is not for the faint of heart, I would say,” Capra told CalvinAyre.com. “New Jersey is the only one that has a significant population size for it. So it’s not an easy go. You can’t just flip the switch on and have people, you know, come into your side and make money hand over fist.”

According to the 888 executive, operators need to accept that the U.S. market is “a long term investment and a long term play.”

Online gambling is currently limited to three U.S. markets, but Capra believes other states should already get with the times.

“The other lesson that states needs to learn is that online gaming revenue is new revenue. It is not taking away from brick and mortar casinos. It’s actually enhancing the player base and the revenue for the brick and mortars. And typically, that revenue is coming from people who are younger in age, something that brick and mortars are trying to attract,” he explained. “Overall, we’re sending a very positive message of the success that we’ve had in New Jersey, and I think more and more states are starting to get that message and see that there’s a lot of money on the table right nor for iGaming.”

In 2013, New Jersey Gov. Chris Christie projected that online gambling in the state will balloon to a $1.2 billion goldmine in a year. Fast forward to two years later, and the numbers didn’t reach the governor’s projection, leaving a lot of people disappointed. However, Capra believes that the online gambling market in general is a success in the U.S., it’s just that Christie had unrealistic expectations.

“In New Jersey, we are a success. Not just 888, but the market in general. In less than two years’ time, we’ve generated more than $227 million in revenue and over $35 million in tax income for the state of New Jersey. We haven’t hit the billion-dollar mark that was set up by Christie, but that was an unrealistic mark to start with and that was really based on revenues from year five and six, not years one and two,” Capra explained.

“The initial numbers that we’re given by Gov. Christie were extremely inflated. A positive thing that we’re seeing in states now, especially Pennsylvania and New York, is that they have a much realistic expectations for the markets that are really on par with what they should see [in] year one, year two,” he added.