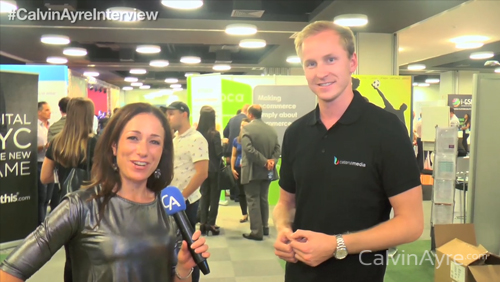 In this interview with CalvinAyre.com’s Rebecca Liggero, Catena Media and JohnSlots co-founder Erik Bergman discusses the consolidation trend that is currently happening in the affiliate market, particularly in Scandinavia.

There’s been a lot of consolidation going on, especially among affiliates. In Scandinavia, Catena Media has seen a rush of mergers in which affiliates “try to do as many acquisitions as possible and then drive the traffic across to their own brands.”

“I think that probably there have been 10, 15, maybe even 20 acquisitions in the range of €200,000 to €5 million going on this year in Scandinavia, which is probably more than it’s happened in the last five years

Catena Media, an online lead generation company, is one of the driving forces behind the consolidation trend.

“We tend to remain one of the main driving forces, but there’s a lot of other people doing the same thing. Now there are four or five major players that is [are] trying to control the market, and we’ll probably see that’s where we’re heading, I believe,” Bergman said.

Bergman, however, doesn’t see any problem with having four, five or even six big players dominating the affiliate market.

“I think that the way every industry goes one way or another,” he explained. “Companies will merge until they reach the size where they can’t merge for monopoly reasons.”

The Catena Media co-founder said the same thing is happening in other industries, like sportswear and even fast food chains and cars.

“If you look in sportswear, you have Nike, Adidas Puma… that’s controlled 80 percent of the space. If you look into fast food, it’s McDonalds, Pizza Hut, Burger King. That’s just where it ends up. All the car brands, they’re owned by five companies, so I think it’s the natural way of things going,” Bergman said.

Still, Bergman believes there will always be a space for the smaller guys.

“The small guys will always be there because there are no costs really related to running an affiliate business if you know what you do. You can do it yourself for the cost of €500 a month. If you make more than that, you’re happy. [Having big players] will definitely not kill the industry but it would change it,” Bergman said.

For Catena Media, the focus is not on the operator side, but to become the “absolute world leading affiliate.”

“I think that my vision and our dream as a company is to become the absolute world leading affiliate, that’s our vision. That’s where we want to be. And if we decide to start an operator at the moment, that will make us lose track of that dream. We’ll start doing a little bit of that and a little of bit of this and if we stick to our core focus I’m sure that we will manage to accomplish what we’re doing. The main reason right now is we don’t want to spread ourselves thin. We want to just dominate what we’re doing and be the best we possibly can be,” Bergman said.