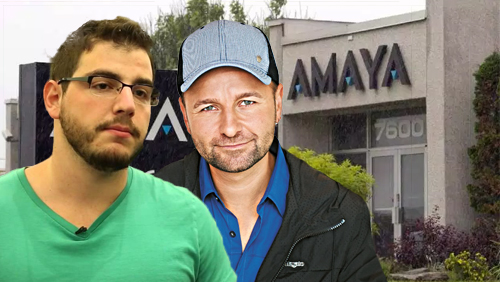 Dani Stern, Isaac Haxton, Daniel Dvoress and Daniel Negreanu are en route to Amaya Gaming headquarters in Montreal to talk to management about the recent changes to the PokerStars VIP program.

Central to the discussions will be PokerStars decision to cut Supernova and Supernova Elite benefits midway through players actually accruing those benefits.

As Justin Bonomo eloquently put it on Twit Longer prior to Christmas.

“I paid $181,800 in rake to earn SuperNova Elite this year. Yes, I worked hard for it, but forget that. I’m talking about MONEY THAT I GAVE YOUR COMPANY. In return, I was promised benefits for next year. If you don’t want to honour them, then you owe me the money I gave you. Cutting over $42,000 from your promise/our exchange is not a failure in communication, IT IS THEFT. How can you honestly argue that it is anything else?”

Stern acknowledged on Twitter that the foursome will have to sign none disclosure agreements (NDAs), but they ‘will only pertain to specific data that is shown to us, and not the general content of the meeting.”

The players have promised to provide feedback as soon as possible. Let’s hope Amaya representatives aren’t as insensate as I am feeling they will be. One of the questions on the agenda must be the recent decision by PokerStars to freeze certain high stakes players accounts and forcing them to video tape themselves playing for 70-minutes to prove they are not bots.

According to a recent article written by Sadona Price over at 4Flush.com, the most recent strike by PokerStars players resulted in loss of rake for Stars to the tune of $1.3m. Those figures came from the organisers of the boycott WeArePokerPlayers.

In other news, PokerStars has announced that their free-to-play social game Jackpot Poker is now available to played on TV via Amazon Fire TV and Fire TV Stick devices.

PokerStars Director of Social Gaming, Lloyd Melnick, said the move has been made as a result of feedback from their customers, who wanted to be able to enjoy their products on ‘other media’. Considering PokerStars action is available on every other possible platform, TV was the most obvious choice as the next step.

Jackpot Poker is the first major poker game available on Amazon Fire TV, and the game can be played via the Amazon Fire TV controller.