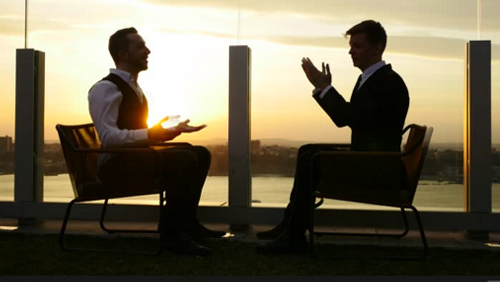 The PokerStars VIP wars continue with Alex Millar throwing in the towel, Jamie Staples picking it up and a possible meeting with Dani Stern and David Baazov.

The PokerStars VIP war has taken another significant twist in the past few hours. Seriously, this saga is becoming more exciting than watching Game of Thrones, and as awkward as the stub ends of pencils that we throw into the bin because we can no longer hold them.

Team PokerStars Online Pro, Alex “Kanu7” Millar has resigned, after failing to leverage his position within the company to aid the players dispute spearheaded by Dani Stern.

With @RealKidPoker eventually failing as well I no longer feel I can represent the company and I have now left Team Pro Online (2/2) — Alex Millar (@Kanupoker) December 15, 2015

Thanks for the messages of support, I would reply individually but don’t want to act like this is a celebration when it’s really a failure

Millar becomes only the second player in recent memory that has divorced PokerStars over a dispute in the way they do business. Vicky Coren-Mitchell also resigned from her position as Team PokerStars Pro after the company decided to move into the online casino business. Both players are from the UK.

You have to feel sorry for Jamie Staples.

It’s most poker players dream to become a member of the PokerStars family.

The Twitch star is now living that dream after PokerStars announced on Twitter that they were promoting him from a ‘Friend’ to a full time, fully paid, bona fide member of the team.

One goes out of the door.

Another one walks in.

Staples move into the PokerStars home must be tinged with a little twist of bitter lemon, considering he is effectively taking the place of Millar, who is leaving, technically, in support of his fellow online grinders.

Will this mess ever be settled?

Will PokerStars continue with their threat to deliver a Bruce Lee like punch to the heart of the VIP grinders?

Will the VIP grinders continue to smear the PokerStars brand with shit?

It seems things hinge on a potential meeting between the leaders of the warring factions. According to Twitter, Dani Stern (leader of the resistance), might get the opportunity to speak face-to-face with David Baazov (leader of PokerStars). A pat on the back goes to Daniel Negreanu for setting up the meeting.

One assumes that no meeting would take place without some form of negotiating climb down from Baazov. Eric Hollreiser was quite adamant in his corporate communication that they would be going ahead with the planned changes. I’m not sure Stern’s threat that they may take legal action carries any weight. But the threat of this angst breaking out into mainstream media might.

If there is a group of companies that takes care of their brand like Leatherface takes care of his chainsaw, its online poker companies. That’s the leverage that the poker players have. They know it. Baazov knows it.

Not officially, though @RealKidPoker has told me that we are going to have a meeting with Baazov. https://t.co/Xd7nDbo0ia