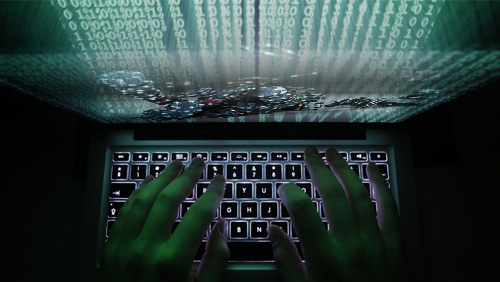 PokerStars has started to freeze the accounts of high stakes players in a bid to distinguish between human players and bots, as outlined by Eric Hollreiser in a Nov 1, 2015 press release.

Jason Mo has had his account locked by PokerStars. The six figure sum is significant.

As you can tell from the tweet, the locking of his account came without any prior warning from the world’s largest online poker operator. Mo has tried to commune with PokerStars representative via Twitter. He doesn’t seem to making any progress.

been over 24 hours, pokerstars account still locked with a large 6 figure sum and no explanation, whats up @StarsSupport #couldhavedonemore

The Search For Bots Begins

In that blog post Hollreiser outlined several considerable changes in terms of conditions (TOC). One of them concerned the use of third party software to aid player’s in their decision making process.

“PokerStars also plans to roll out new policies that will reinforce the fundamental elements of human competition by limiting certain software programs that may provide an unfair advantage to some players.

“It shouldn’t be about clicking a button because harvested stats tell you to. For this reason, we are on a path to eliminate many of these technological advantages that are used by a minority of players.”

At the time of the announcement many players questioned how PokerStars would establish who was using third-party software?

A post on the popular poker forum 2+2, by ‘TooCuriousso1’, suggests they have found one way of attempting to identify the bots, and create a safer environment for their players.

“However, we require a video recording of you playing. This recording has a few mandatory requirements:

– At the beginning of the recording, we must be able to clearly see your face in order to confirm your identity
– Before starting to play, you must rotate your camera 360 degrees to show us all of your surroundings
– You must start your playing session from an empty computer desktop, whereby you initiate the PokerStars client and log into your account
– After logging in, you must play a regular session of yours
– Your playing session at the tables must be for a minimum of 70 active minutes
– During your play at the tables, the recording must be of sufficient quality to see and track the activities that are taking place on your desktop. In addition, the recording must capture your surrounding environment including your monitor, keyboard, mouse and the movement of your hands
– Audio must be included in the recording
– You must minimise the amount of individual video files. Longer, continual recordings are preferred
– You have 10 days to complete this task

It is important that your playing session is conducted in the same manner as one of your typical sessions as your tendencies will be contrasted with your regular play.

You must supply the resulting recording to us via email. In the likely event the files exceed attachment limits, please utilise file sharing services such as Dropbox, Google Drive or whichever service you prefer. We’ll largely leave this option up to you.

Failure to follow these instructions or if the video is of sub-par quality, will result in this task needing to be repeated.”

GoPro creator Nick Woodman may have a new niche. Baseball caps fitted with his high end technology may be the way forward. At least one poster on the thread actually complained about having to purchase a camera to comply with PokerStars orders.

Back to that Hollreiser blog post for another pertinent quote:

“Today, we want to make clear that the line will be drawn to preserve poker as a battle of wits and a test of heart. This will only have a direct effect on a small proportion of players and builds upon our responsibility to provide a level playing field for all players.”

It seems that the ‘small proportion of players’ are high stakes cash game regulars.

Feedback to the move by Stars has been mixed. There is an outcry from several quarters that these directives overstep privacy boundaries. There are those that have lost so much faith with Stars they are genuinely worried that they will freeze accounts and steal the money.

On the other side of the electric fence, people are patting Stars on the back for at least trying to do something to weed out the good guys from the bad robots. There is a hint of hypocrisy in the air with players criticising Stars for not acting quicker on the subject matter of bots, and now criticising them for acting.

I reached out to a PokerStars representative for comment and this is what they had to say:

“PokerStars takes the enforcement of our Terms of Service very seriously. That’s why we routinely seek additional information from players who are under suspicion of breaking our rules. We conduct thousands of proactive reviews of accounts every year and some of these reviews are completed for players who we discover during the course of our investigation have done nothing wrong. We understand it is inconvenient for players to comply with additional requests, but where we have reason to believe that a player may have broken our rules and possibly won money fraudulently from other players we are obliged to investigate as fully as possible in order to come to the correct decision.

“PokerStars has used such investigatory techniques for more than five years now, and will continue to do so in the future. A complete and comprehensive investigation is the fairest way for PokerStars to enforce our rules.”