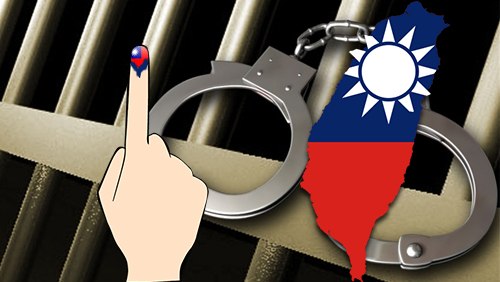 Among those arrested were 39-year-old Wang Cheng-lung, the alleged proprietor of the New Taipei City operation, and two of his employees. According to Taipei Times, Wang launched gambling website King Sports Net in May last year, and has reportedly raked in more than NT$100 million (US$2.96 million) from bets on sports matches.

Authorities seized accounts, servers and a number of computers—one of which allegedly contained a bet worth NT$300,0 00, according to the Taipei Times report.

Feng told local media outlets that Wang had already admitted to taking bets on the Jan. 16 presidential election’s outcome. He will be charged with gambling offenses and violating provisions of election law.

Prosecutors said records found in Chou’s seized computers and servers showed the site made about NT30 million in profit from October to December 2015, according to Taipei Times. Chou reportedly accepted a total of NT$600 million in wagers in 2015.

Last week, Taiwanese authorities arrested 45 people connected with a gambling ring that netted more than $40 million in bets on the results of upcoming elections.

Authorities said the ring accepted NT$1.4 billion (US$42.36 million) in bets, making it the largest and well-organized operation that authorities has shut down prior to the presidential and legislative elections.

Gaming operations are outlawed in Taiwan, except for the state-run Uniform Invoice Lottery. In 2009, the Taiwanese government finally allowed casinos to be constructed on the islands of Kinmen, Matsu and Penghu, though no casino has been built to date.