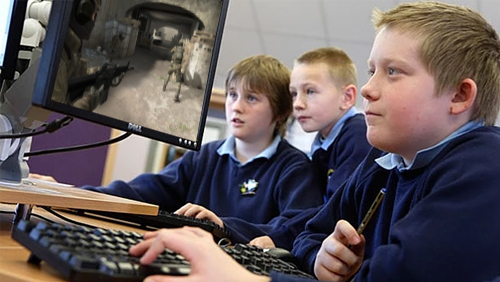 Is the burgeoning competitive world of eSports going to spill over into our children’s education? It seems more likely than ever as the Norwegian school system enters the fray.

Constantly being told what to do didn’t help, but the actual reason I hated it so much was because it was so boring. The only lesson I enjoyed was physical education, and that was only when we got to play football.

Listening to the James Altucher podcast, his guest, former US memory champion, Josh Foer, explained that the reason students find it so difficult to remember so many facts from school is because we don’t enjoy the format that’s being rammed down our throats.

It needs to be fun.

I have been a big supporter for the introduction of poker and Scrabble into educational programs. Chess is already making headway. If you want to learn mathematical probability and expected value, then ditch the schoolbook and get out the chips.

Now it’s the turn to advocate for the introduction of eSports.

It’s ironic when you stop to think about it. There are millions of parents, worldwide, shouting at their kids to get off their games and get a life. Very soon, their games will be their lives.

According to eSports inquirer, Norwegian school Garnes Videregående Skole has become the first in the West to add eSports to their curriculum. Students have the option to select five hours of gaming, instead of sports such as soccer, basketball or baseball.

The games that will be rolled out alongside English, maths and history, are Dota 2, League of Legends (LoL) and Counter-Strike: Global Offensive. News reports indicate that the school would like to create an eSports team capable of playing competitively in the Norwegian scene within three years. The new scheme will roll out in the summer.

In another insightful podcast I listened to, Sean D’Souza, of Psychotactics fame, was talking about the importance of screwing up. He pointed out that we teach our children that making mistakes is bad. However, all of our most valuable insights come from understanding our mistakes.

D’Souza believes that one way to use this to our advantage is to not only recognize our errors in more depth but to do so in a group setting. What better way to learn about teamwork and strategic planning, through mistake analysis, than playing eSports. When virtual reality (VR) becomes less expensive, you can also add physical exertion into that equation.

Korea Got There First

According to Kotaku.com, this news is old hat. Korean schools have gotten there first.