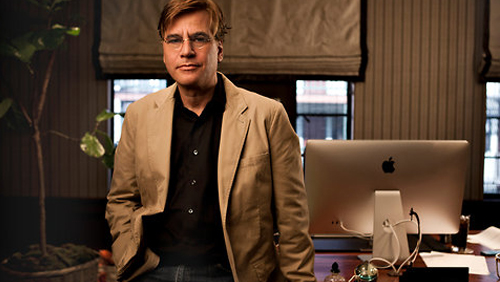 Oscar-winning screenwriter Aaron Sorkin is set to break his directorial duck after Deadline.com revealed he would take charge of the film adaptation of Molly’s Game.

Does anyone want to see another poker movie that’s not Rounders 2?

But that hasn’t stopped the Oscar-winning screenwriter Aaron Sorkin from choosing a poker movie as the genre for his directorial debut. According to Deadline.com, Sorkin will get behind the camera for the first time when work begins turning the rather lengthily titled Molly’s Game: From Hollywood’s Elite to Wall Street’s Billionaire Boys Club, My High-Stakes Adventure in the World of Underground Poker into a movie.

The book, published by Harper Collins, tells the tale of a former professional skier {Bloom} who somehow managed to deal with the loss of missing out on the Olympics by organising an underground high-stakes poker game that held ties to the Russian mob and frequented the likes of Ben Affleck, Tobey Maguire and Leonardo DiCaprio.

Bloom, nicknamed the Poker Princess, was eventually rumbled by the FBI. They reported that Bloom had earned over a million dollars running the game, so they handed her $1,000 fine and gave her a years probation.

World Poker Tour (WPT) Champions Club member Vadim Trincher wasn’t as lucky as Bloom. The Season 7 Foxwoods Poker Classic champ was given five years “for participating in a racketeering conspiracy” in connection with a “Russian-American organized crime enterprise.” Trincher and his colleague Anatoly Golubchik were both ordered to cough up $20m in cash, investments and property.

So could this movie be worth watching?

Sorkin won an Oscar and Writers Guild of America (WGA) Screenplay Award for his script The Social Network. He recently received a WGA nomination for the upcoming Steve Jobs movie starring Michael Fassbender. He also holds a WGA award for the work he did on The West Wing.

I am no Sorkin, but here is my adaptation of Molly’s Book.