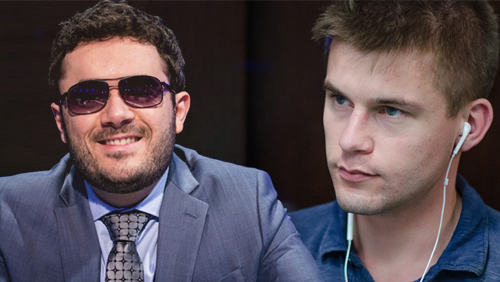 Byron Kaverman ends the year at the top of both the Global Poker Index 300 and 2015 Player of the Year leaderboard; Anthony Zinno does likewise at Cardplayer.

Byron Kaverman was the unofficial boss of live tournament poker in 2015, and will start as the undisputed end boss of 2016.

The Global Poker Index (GPI) are still tallying their scores, but it seems inevitable that the American will be crowned thec(POY) due to the inactivity on the live tournament scene during the past few weeks. Kaverman ended 2015 with a ninth straight week in the top spot.

Kaverman earned $3,481,463 in live tournament earnings good enough for a 12th place finish worldwide (in cash amount won). His highlights include back-to-back Aria High Roller victories in the spring, a first World Series of Poker (WSOP) bracelet win in the summer, and a High Roller victory at the European Poker Tour (EPT) in Malta. According to the Hendon Mob, Kaverman cashed in 20-events during 2015.

The man who pushed Kaverman the closest was Anthony Zinno. The Boston native earned $3,778,904 playing live tournaments during 2015, good enough for a 10th place finish worldwide (in cash amount won). Zinno won two World Poker Tour (WPT) titles, and made five WSOP final tables, ending with one bracelet. Zinno spent 17 weeks at the top of the POY table before being displaced by Kaverman. According to the Hendon Mob, Zinno cashed in 25-events during 2015.

Kaverman also ended the year on top of the GPI300; a spot he has owned for the past 14-weeks. Zinno is currently ranked third; Steve O’Dwyer is second. Phil Hellmuth is on his way out dropping to 236th place, and Daniel Negreanu – who set a 2015 goal for a GPI300 Top 10 spot – ended in 39th.

When you compare Kaverman’s performances with Zinno’s one could argue that the latter’s are more impressive. It certainly went down like that at Cardplayer as Zinno topped the POY leaderboard with Kaverman coming in at fourth place.

A number of people featured in the Cardplayer Top 10 that didn’t feature in the GPI Top 10. Joe Kuether was runner-up to Zinno (15th GPI), Benjamin Zamani was fifth (55th GPI), Rainer Kempe was eighth (33rd GPI) and Taylor Paur was ninth (29th).

2015 CardPlayer Player of the Year