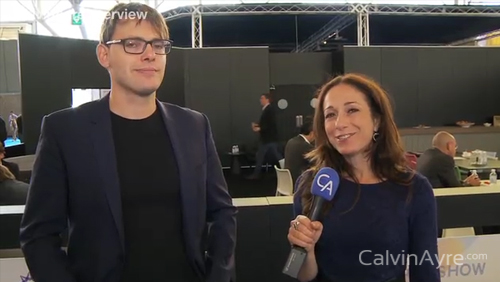 In this CalvinAyre.com interview with Rebecca Liggero, tech theorist and TED Global speaker Tom Chatfield gave some tips and strategies on how to capture the attention of the right audience on mobile devices.

In today’s mobile-first world, how can you capture the audience’s attention?

The TED Global speaker admitted that he’s “obsessed with attention,” especially in today’s mobile era, where everything comes to the audience through the same screen simultaneously.

“For me, you know the most important [thing] is don’t waste people’s time,” Chatfield told CalvinAyre.com. “People are incredibly sensitive to loading delays, to inconvenient buttons, to having their time wasted.”

He also discussed the importance of rewarding people, particularly for online gambling operators who are seeking to find the right balance between rewarding the winners and encouraging the losing players to continue playing.

“I think companies are going to need to think about making every aspect of the experience a kind of micro-reward, a small pleasure, because people are very sensitive to the negative,” Chatfield noted. “There is this amazing feeling when a game, when a gambling experience is going right. You haven’t lost, it’s just that you haven’t won yet.”

He explained that replacing the idea of failure is a powerful mechanism that gives the players with the notion that they can try again because their “effort in itself is being acknowledged and rewarded.”

“You can learn from successful psychological and user interface mechanisms in all kinds of arenas, you know, giving people that sense of fun and psychological satisfaction, that is true increasingly not only on different sorts of games and gambling. It’s true of apps like Instagram of Facebook,” Chatfield said. “Ultimately, people have a very intimate relationship with mobile devices, with mobile screens and what they want is to feel a certain way about the experience they’re having.”

Why MiGS and iGaming Idol 2016 are must-attends in Malta with Jeff Buttigieg
Becky Liggero Fontana
2 November 2016
.