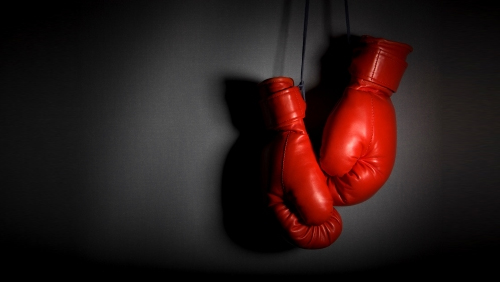 Sorel Mizzi and Brian Rast have decided to fight each other in the boxing ring with all proceeds going towards effective charities backed by Raising for Effective Giving.

Sorel Mizzi and Brian Rast have agreed to punch ten bells out of each other to raise money for charities supported by Raising for Effective Giving (REG).

The pair will square off on December 30 at the Syndicate MMA Gym in Las Vegas, Nevada. Tickets are available here. The cheap seats will cost you $20, whereas VIP ringside seats rise to $80. Mizzi and Rast will box for four two-minute rounds. The action starts at 6 pm (PST).

There is no beef between the pair; no Town Called Malice. They will spill blood for a good cause. The two are in good humour on social media with Mizzi telling everyone ‘he is going to knock Rast out in style.’ Their gluteus maximus will be twitching come fight night. It should be one hell of a show.

Mizzi has been a long time supporter of REG and is a regular attendee at their events. I am not so sure if Rast is a member, but, either way, it’s good to see him donning a pair of gloves for charity.

REG is a team of Effective Altruists from a variety of different backgrounds: poker being one. Liv Boeree, Igor Kurganov and Philipp Gruissem sit on the board. Gruissem’s role as an effective altruist was featured in the philosopher Peter Singer’s book The Most Good You Can Do. Talking about Gruissem in the chapter entitled ‘Earning to Give’ Singer says of the German:

“Philipp Gruissem won enough at poker to live the kind of life that celebrity magazines encourage us to fantasize about. The time came, though, when he realized that the life he was leading did not satisfy him. To be happy, he needed some larger purpose in his life. Now Gruissem is spreading effective charity among other professional poker players.”

You don’t have to be a poker player to donate to REG. I give 3% of my income, and I’m not a poker player. That’s between £100-£150 per month. 2014 World Series of Poker (WSOP) Main Event champion, Martin Jacobson, donated $250,000 to animal charities via his membership with REG. Every penny helps.

Effective altruism is ‘doing the most good you can do.’ If you are interested in learning more about it then check out Peter Singer’s books: The Most Good You Can Do and The Life You Can Save, William MacAskill’s book: Doing Good Better, or check out the great resources on the REG blog.

Rast v Mizzi is the second fight between prominent poker players taking place over the next few months. Olivier Busquet and JC Alvarado have also agreed to fight. Their battle will be MMA, and as far as I know, doesn’t have a charitable angle with Alvarado set to pick up $120,000 if he wins, and Busquets $150,000.