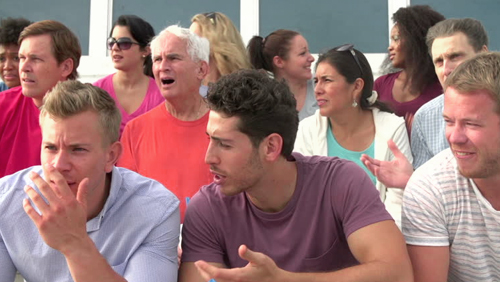 PokerStars has taken the decision to halve the buy-in for the European Poker Tour Grand Final Main Event in Monte Carlo, and the players aren’t too thrilled with the decision.

I must have been asleep during that announcement, but I was awake when they announced plans to do the same with the European Poker Tour (EPT) Grand Final in Monte Carlo with a drop from €10,600 to €5,300.

Reading the explanation provided by Edgar Stuchly, Director of Live Events for PokerStars, they incorporated the changes in an attempt to increase field size offering more players, with smaller bankrolls, the opportunity to travel to Monte Carlo and take part in the event.

Is it a good idea?

I’m lucky if I rustle up enough money to play a $10 Sit n Go with ten artificially intelligent sex dolls, so don’t ask me.

Instead, why not ask guys like former EPT Grand Final runner-up Jack Salter:

“I think it’s a big mistake to reduce the buy-in at this particular location. Monaco is a wealthy place, and I think the reduction in buy-in will put locals off playing rather than encouraging them.

“It’s also bad for all of the pros that travel the circuit as the expenses are so high at this stop that it will no longer be worth it for a lot of people to pay for hotels and flights. Most importantly, it’s the Grand Final! The larger buy-in sets it apart and creates prestige.

“I fear that it will now be just another stop. I do not think it should be the aim to bring it ‘in-line with other stops’ as PokerStars have suggested. It also makes the Main Event an inferior product at the Monaco stop as I expect the prize pools in the High Roller events to be larger than the Main Event.

“While I realise the field size may get a little bigger, it won’t double in size and first prize will be much smaller than previous years. These enormous rewards are one of the main reasons people are attracted to play and watch these events.

“They already have the French Poker Series (FPS) Main Event, which is a fantastic tournament for people wanting to play a big live tournament with a more affordable buy-in.

“I hope they are reconsidering their decision. Almost everyone I have spoken too strongly disagrees with the change, and I would encourage them to voice their opinions.”

Martin Jacobson is doing just that:

“I’m not a fan. For one, I don’t think it will increase the numbers. I think whoever is willing to pay €5,300 to play a tournament in Monte Carlo would be prepared to pay double with a double prize pool on offer. Secondly, this is the Grand Final, and it makes sense that it has a higher buy-in than a regular EPT.

“On top of that Monte Carlo is very expensive and it’s hard to make money when the buy-in is almost equal to the hotel bill. To me, this seems like a desperate move by PokerStars unless they have some massive promotion planned, like a major guarantee to make sure the prize pool doesn’t decrease from previous years.”

Madison Bergeron is not a fan either:

“I think it’s an erroneous attempt to keep their numbers high while poker is in a fragile or declining state. What I think they missed here is that the demand for a tournament in Monte Carlo is very inelastic, that is to say, anyone willing to pay the high costs of travel associated with Monte Carlo is not going to be deterred by a €10,000 price tag as opposed to a €5,000 one.

“I think the result will be that the numbers will be in a similar ballpark to previous years while the prize pool will be halved. It’s a problem for professionals. Their ROI needs to be higher to compensate for the static travel expenses, and it’s bad for PokerStars from a marketing standpoint because the winner will receive about half as much for first, which makes the appeal for return lower in following years

“I think lowering buy-ins in other markets: like Barcelona, or at the WSOP are great moves to attract amateurs. It slows the game’s decline, but in a very high-end niche market that would never attract amateurs like Monaco, it’s just a bad move for everyone.”

Simon Deadman won’t be playing in it, but not because of the change in buy-in.

“I think lowering the buy-in isn’t necessarily a bad thing, but keeping it in Monaco is. I won’t be traveling to Monaco to play a €5k Main Event. The expenses are just too high. To be honest, it was always a close decision even when it was a €10k. I think they should change the destination for the Grand Final.”

Not everyone I approached hated it.

Here is the opinion of Bryan Paris:

“I think it’s probably just a prudent move to get more players. Field sizes at the EPT seem way up across the board, so I don’t believe it’s necessarily indicative of a negative trend. There’s still plenty of high stakes action at every stop so while I’m slightly sad as it’s a tournament I’ve done pretty well in, I am not worried about the change.”

One of Paris’s sparring partners Jason Wheeler also cuts in with a longer description of his thoughts.

“I think the intent of the lower buy-in is to get back to using the online model to drive qualifiers and get new players to the festivals. As long as they keep building out the festivals like they have to appeal to all buy-ins, I think it will be successful.

However, it has to be managed carefully. One of the problems is that PokerStars manages in silos. So for example if they want to do a fresh online satellite promotion for EPT Monaco, it has to go through marketing/promotions, etc. and approved before it joins the schedule. So my short answer is I think it’s right long term, but they need to sync the online and live teams so that they are offering a bunch of mega-sats and online promotions that drive traffic to these festivals.

“I think PokerStars realize that Monaco and the PCA are on the decline and with them wanting to enter America soon, they are doing their best to breathe new life into both of the premier festivals. One to keep PCA alive until America is back, and then PCA becomes Super PCA again, and two to keep Monaco as the premier European stop. While I may have preferred for it to stay €10k, I’m pretty sure it’s better for the long term.”

Some poker players, like Vladimir “Beyne” Geshkenbein, prefer to keep their opinions short and sweet.

“While it’s obviously a good step for most of those involved it just shows how fucked the poker economy is.”

So that’s the views of seven of the very best.

Have PokerStars taken a forward step, or a backwards one?