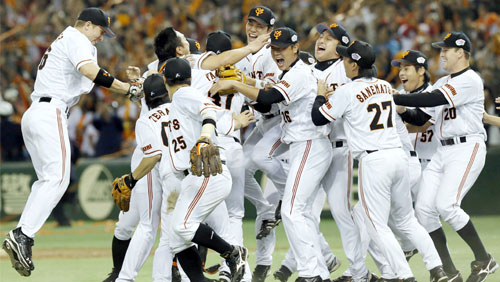 A probe on illegal betting involving a Japanese baseball player has led to discovery of two more players betting on baseball games.

The panel found no evidence in its investigation that more Giants players were involved and said none of the three players fix the games or play in the games they were betting on, adding that Kasahara and Matsumoto did not bet on any Giants games.

According to the panel’s announcement, Kasahara and an acquaintance who claimed to work at a tax accounting firm bet on about 10 professional baseball games from around April to October 2014. Between around April 2014 and August, Kasahara along with several people including the acquaintance bet on high school baseball games and played mah-jongg and baccarat for money.

Kasahara was also found to have bet on between 10 and 20 professional baseball games from April to October 2014 with an acquaintance who runs a restaurant as well as high school baseball games between April 2014 and September 2015 while playing mah-jongg and golf for money.

Matsumoto, through Kasahara, bet on a dozen professional baseball games from June to October 2014.

The investigative panel concluded that Kasahara and Matsumoto violated an item in Article 180 of the Nippon Professional Baseball Agreement, which prohibits betting on baseball games they are not playing in. Kasahara repeatedly betting with his acquaintances also violates the agreement under another item in the article, which prohibits interaction with chronic gamblers on baseball.

On Oct. 7, the team accused Fukuda of betting on about 10 NPB games along with the supposed tax accounting firm employee from August to September. Fukuda was introduced to the man by Kasahara.

According to an investigation conducted after the accusation, Fukuda was also found to have played mah-jongg and baccarat for money.

“I feel profound remorse to know that three players from our team were found to have been betting on baseball,” said Giants President Hiroshi Kubo. “I sincerely apologize to professional baseball fans and those engaged in the sport.”